Another of the myriad of lookout towers set atop Los Padres points in 1934 (see Cuyama Peak and Thorn Point as examples), the Santa Ynez site is now — like its long-lost bethren — dominated by communications arrays. 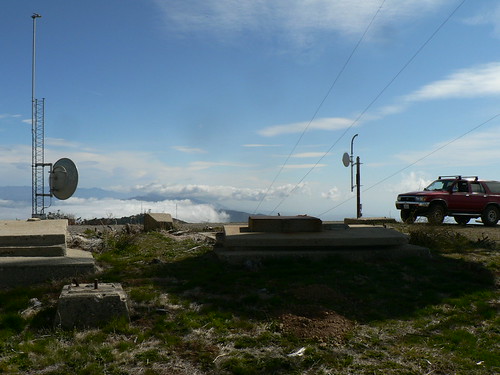 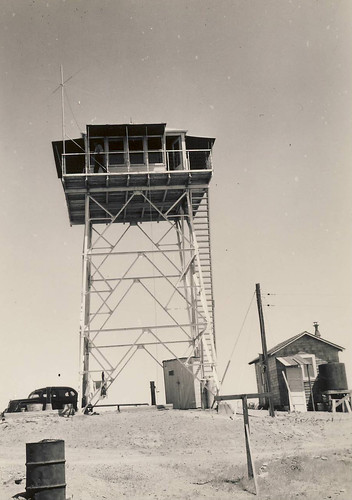 The 30′ K-braced tower with the classic C3 cab commanded outstanding views of the Pacific and — in the days before Lake Cachuma — a fairly free-flowing Santa Ynez watershed. Records compiled by the Forest Service in the 1980s don’t indicate an AWS cabin stood on the site, but I’m of the mind to say the structure on the lower right of the photo shown above matches the dimensions of those that previously stood sentinel at Cuyama, Caliente, and elsewhere. 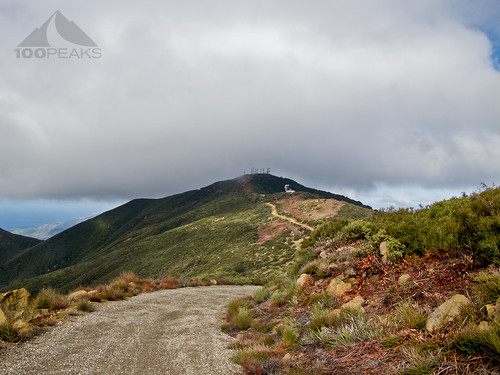 Winter before last the little man and I picked around the site as part of a longer Refugio-West Camino-Santa Barbara exploratory. With fewer and fewer actual lookouts available for the younger forest explorers to experience, I’ve decided to haul my wee ones to the remaining few (Thorn, Cuyama, La Cumbre, Frazier, Slide) and as many of the sites — regardless of what the hold now — as I can. This was the little man’s first taste of my Los Padres lookout fixation. He’s since bagged Reyes Peak, so he’s well on his way. 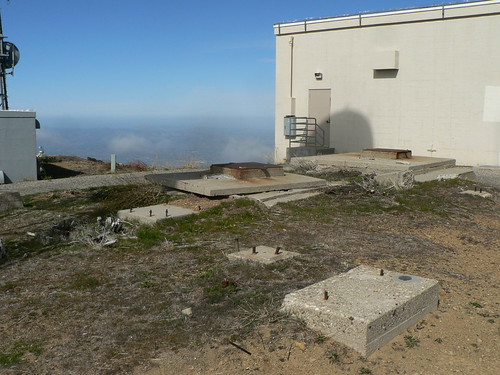 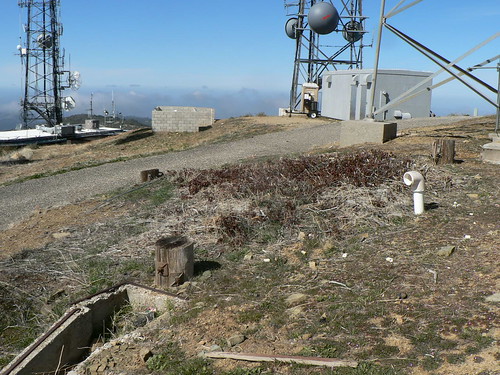