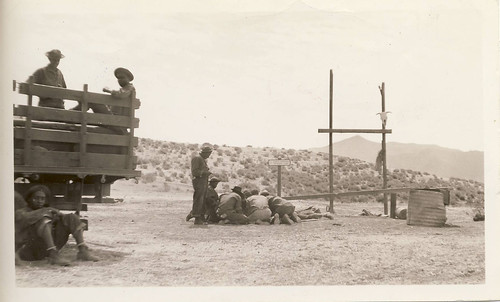 In the summer of 2011, the RSO endeavored to walk and reconnoiter the Sierra Madre Road and a number of its curiosities from McPherson Corral in the west to the Buckhorn junction and then down to Cox/Willow Flat.

One of the numerous idle bits of minutiae on which I’d wanted to shed some additional light was the 1967 map’s showing of Sierra Madre Guard Station. That seemed out of place to me (in an anachronistic way), as my understanding was that the guard station that once stood at Santa Barbara Potrero had been one of the short-lived CCC- or War-era stations, akin to the Refugio Guard Station that was little more than a blip on the Los Padres NF’s cartographic legacy. 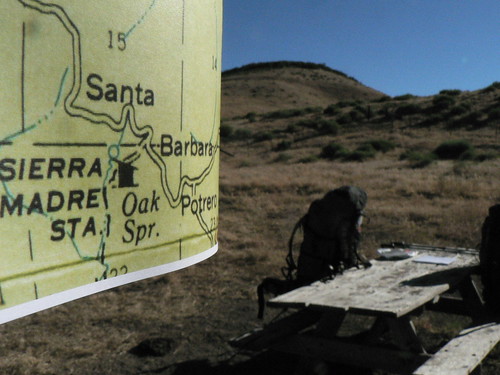 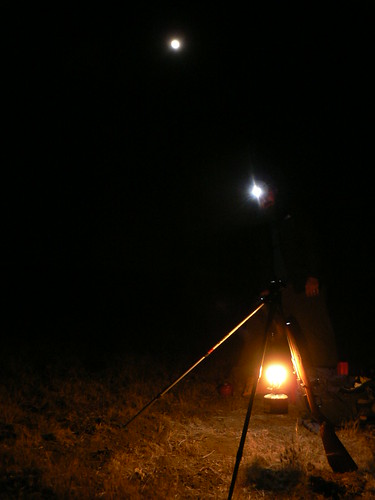 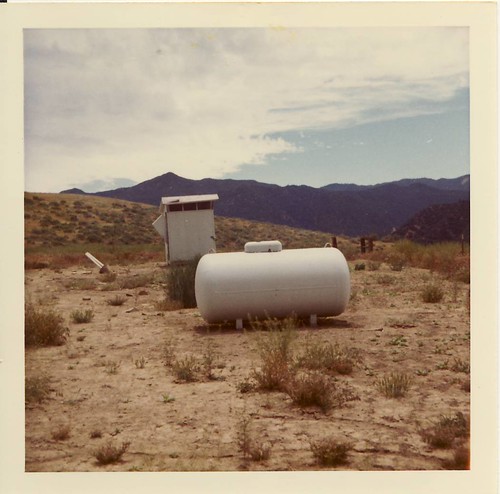 Earlier maps — even those produced during the presumed era of the station’s lifespan — made no mention, yet a photo I unearthed in the archives from 1931 clearly showed there was more going on there than a few lazy cows and some county rain gauges back in the day. 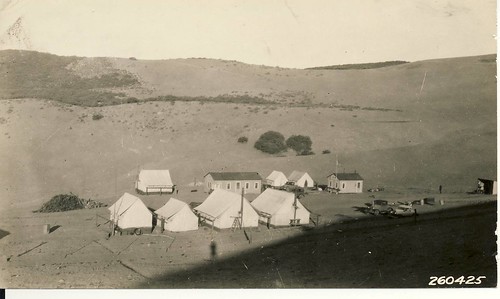 The site is more commonly known as Santa Barbara Potrero camp, and these days its most important function seems to me to be that of jumping-off point for all the great volunteer projects led by various LPFA groups into the Sisquoc. The Santa Barbara Potrero camp has appeared on numerous legacy maps (labelled thusly under the Cuyama district matrix in the 1938 map), though even that legacy is inconsistent: 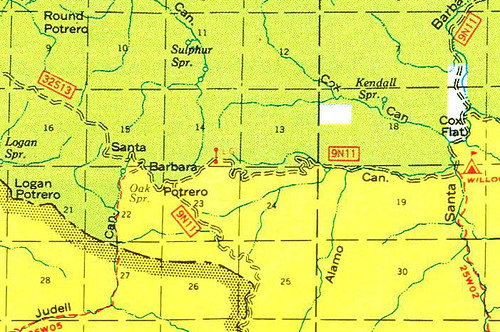 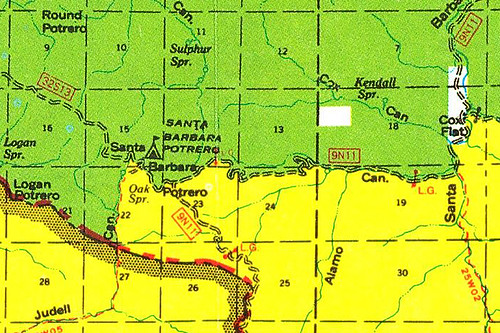 It has also fallen off the maps again of late, despite still boasting a serviceable picnic table and a reliable spring only a short ways down the Judell Trail. I think this drop from the collective radar is intended to be permanent, thus its christening here in the dungeons of maptitude as a Diamond in the Rough (see here for the ongoing conversation of abandoned/forgotten southern LPNF campsites). 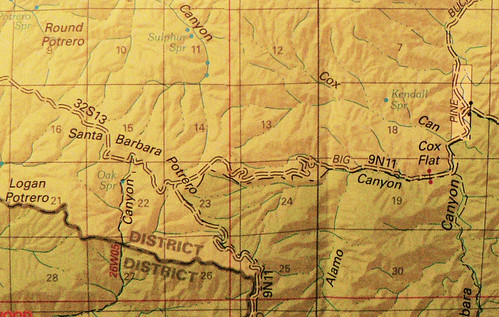 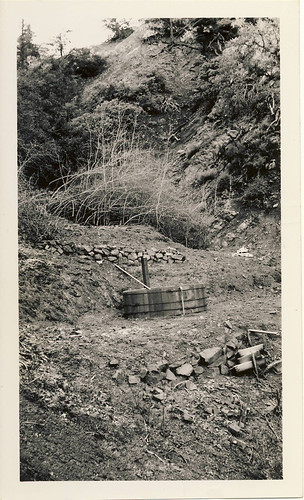 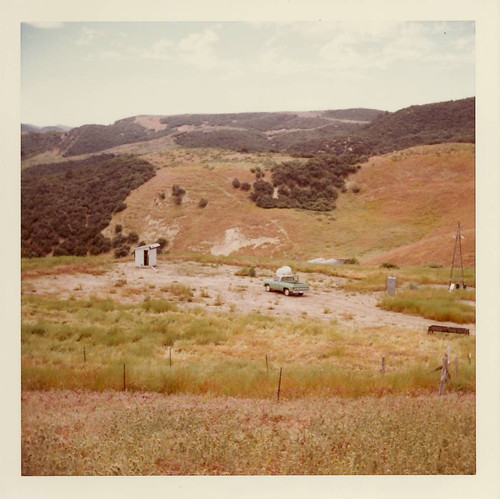 The RSO and I picked around the fenced-in area, the wider expanse of the potrero, and some of the hills above, but this diamond in the rough — whilst not forgotten entirely — certainly hasn’t been well documented given its dual role in our forest’s history. 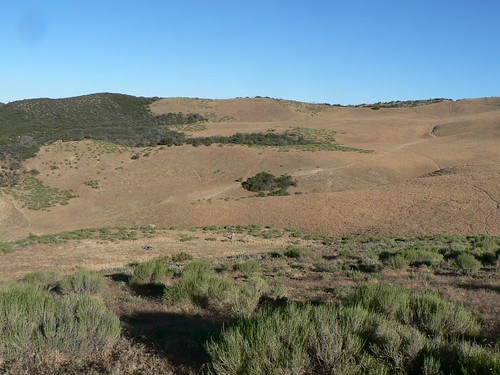 2 Responses to Diamond in the Rough: Santa Barbara Potrero