Sometimes, I wish this building would just get bulldozed, or finally go up in smoke. Better that than suffer the ignoble crawl toward decrepitude to which the clowns subject it. 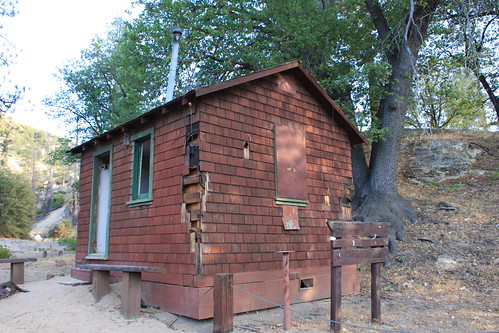 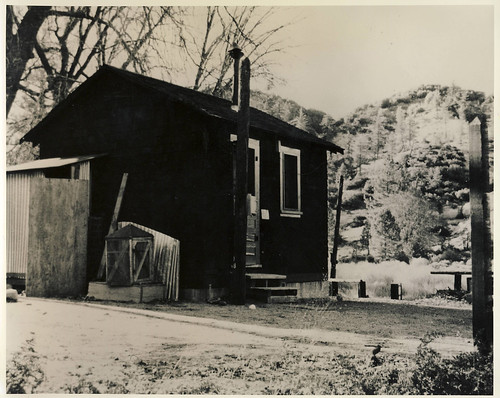 Thorn Meadow was built (according to official USFS literature) in 1907, earlier than those — like Alamar Station — built by the CCC during the Depression, and of a slightly more modest design. Wires and insulators utilized to keep it in contact with Thorn Point Lookout (built 1934) and the numerous now-forgotten guard stations in the region (Hartmann, Tecuya, Big Spring [Alamo Mountain]) are still visible along the trail leading up to Thorn Point, sunk deep into the boughs of ponderosa, sugar pines, and cedars. 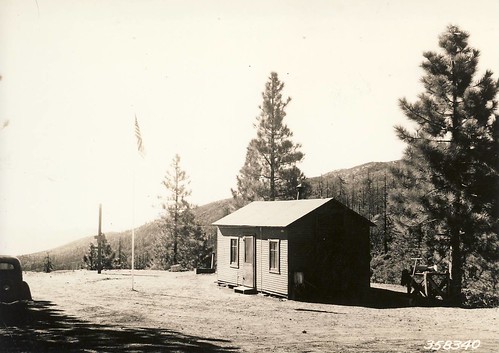 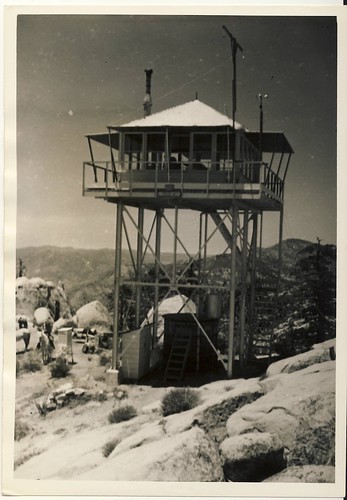 Weekend before last whilst camping at Thorn Meadow (Snedden), AL and I made the walk over to the guard station site to find the long-nailed-shut door had been torn open. And while bears have been known to make a mess of things on occasion, leave it to we bipeds to really f*ck things up. We embarrass ourselves; truly we do. 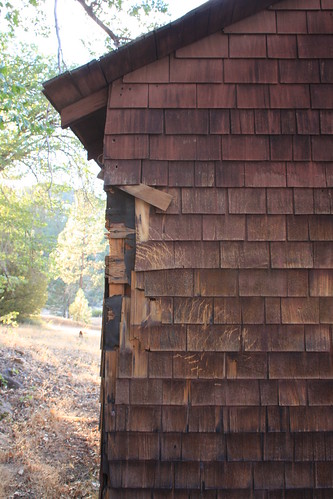 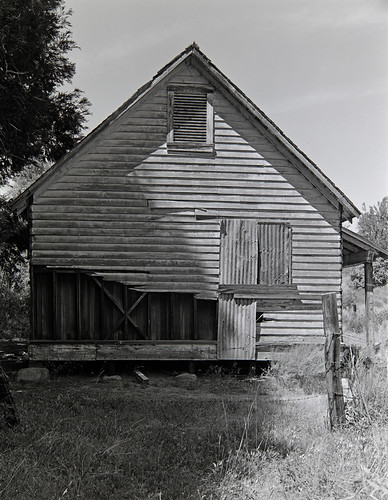 One of the factors really working against Thorn is that unlike other remaining guard stations of the southern LPNF (South Fork, Bluff, and Santa Cruz), one can drive right up to Thorn Meadow. South Fork is deep in the wilderness, and Bluff and Santa Cruz are at least afforded the protection of being on an administrative road (not that such placement helped either Alamar or Happy Hollow, but we digress).

What follows are my admittedly non-photographer’s-eye shots of the interior. Enjoy these in case you don’t have the chance to visit before it finally does come down. 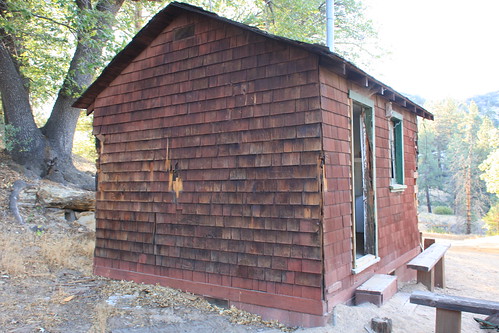 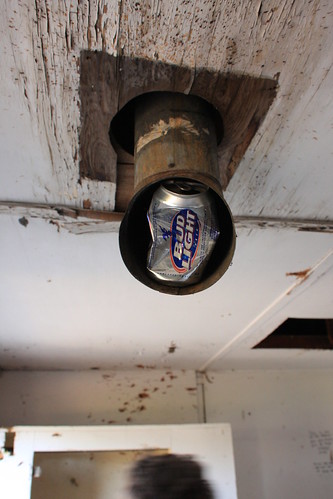 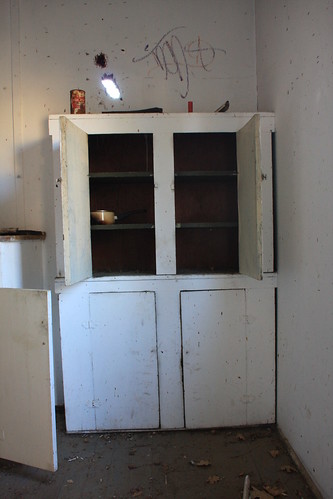 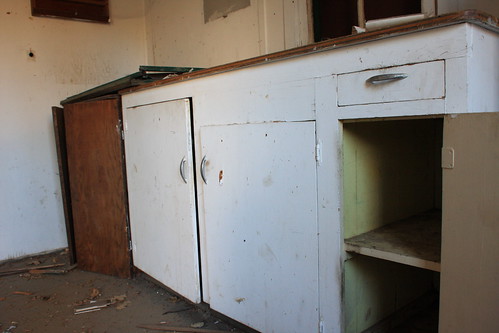 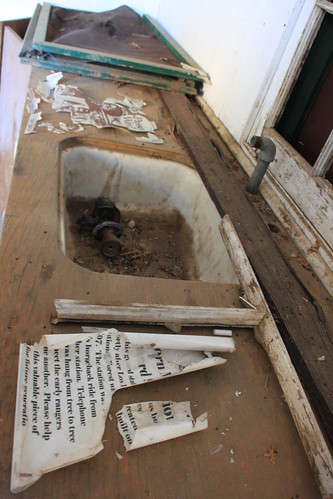 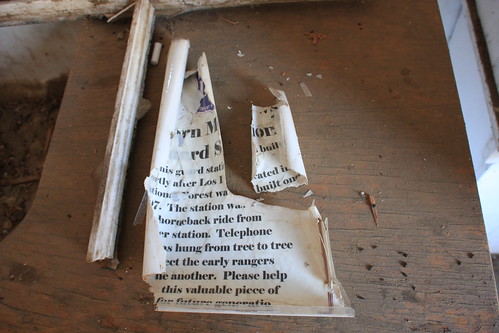 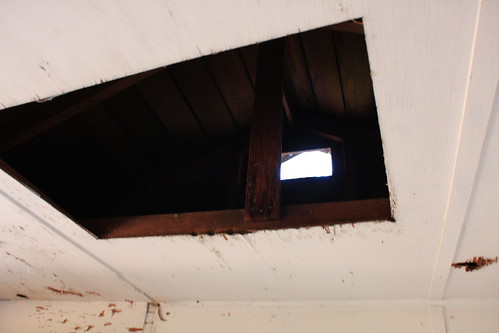 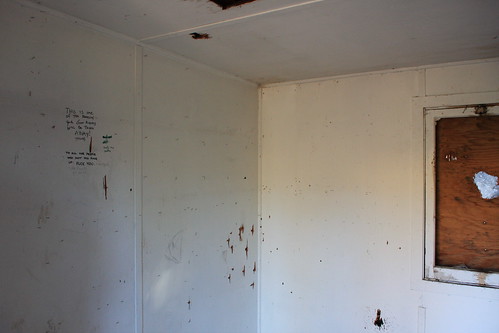 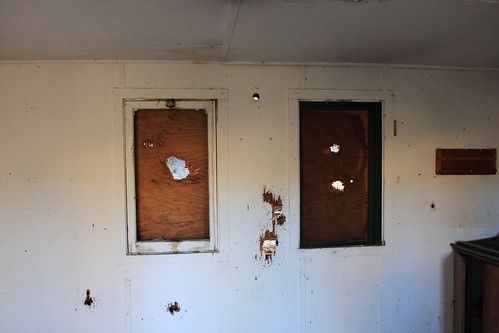 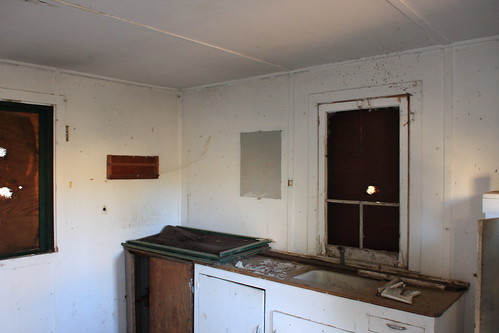 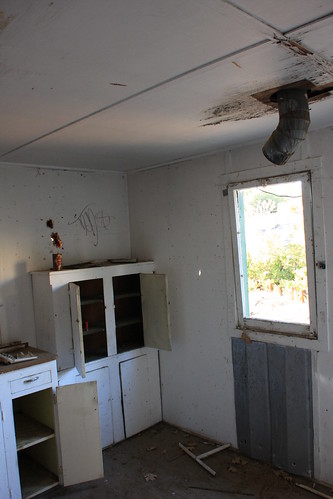 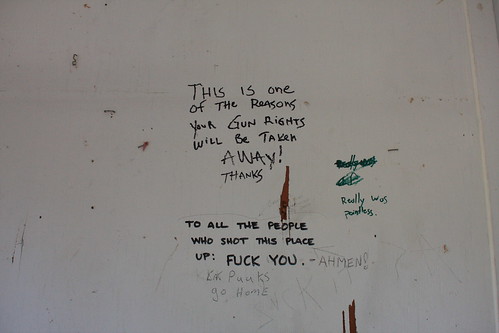