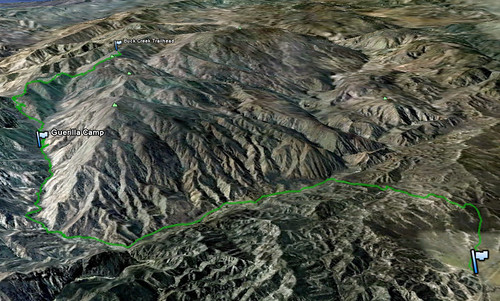 I recently made a list of all the things we absolutely love when trekking the southern Los Padres.

Wow, pretty demanding. I felt like one of those newbies who post to a website and ask “is there a nice shady spot a short walk from my car that’s got an amazing hot spring and a great swimming hole that nobody else knows about so I’ll have it totally to myself?” But my list was even longer! Surely there wasn’t a snowball’s chance in hell of finding such an idyllic spot with every feature I laid out in that 12-point list!

Firstly, an aside. We’ve all seen how a fire can impact a favorite route for years — even decades — after the flames are finally put out. The Zaca Fire has left a legacy of downed trees and damage along Madulce, the Alamar Route, Mission Pine Ridge and other stretches of trail within its perimeter that we’ll be navigating for years to come. Even older fires, from the 2002 Wolf Fire to the 1964 Coyote Fire to the 1932 Matilija Fire, still impact the routes we choose to roam. 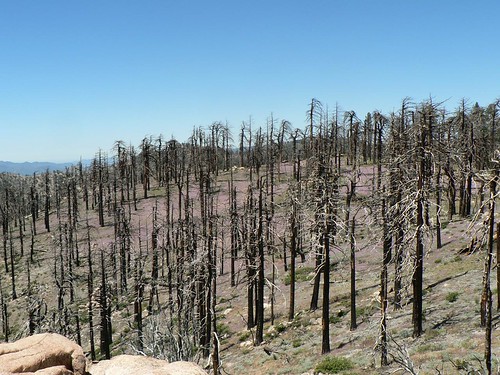 And so it was when the crew recently endeavored to see how many of our “favorite things” we could encounter in a simple over-nighter. We drove through the Hungry Valley OHV area and all its citizenry on a hot Sunday morning up to the Buck Creek trailhead on the western flank of Sewart Mountain and set out.

Views of the Agua Blanca drainage, the Pothole, the Stone Corral, upper Tar Creek, Bear Heaven, and even the remains of the Topatopa Lookout were plainly spotted as we followed the easy grade up to Sewart Mtn. Fantastic views, all complemented by burnt conifer stands in all directions. Our progress was greeted by thirty-one downed trees in the first 1.5 miles (part of a long-abandoned service road I posit old-time rangers once used in their approach to the old Divide camp, Cobblestone lookout, and other points east). Tecate cans and motorbike and quad tracks marred our sense of solitude, but we found neither hosing, spent containers of Miracle-Gro, nor armed representatives of sub-San Diegan backcountry horticultural societies. Our loss.

After nearly four miles, we reached the junction with the Buck Creek trail and the old White/Cobblestone route. Off in the hedge was a lot of 50s- or 60s-era litter, which I suspect may have been from some sort of work site based beside the seasonal pond here. I imagine when there’s water here, and with the massive P. macrocarpas shading the southern edge, this would be as good a spot as any to set a spike camp. 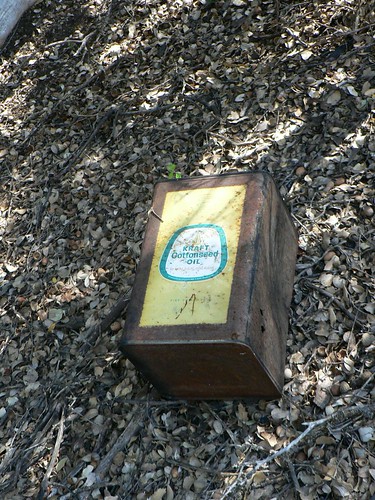 The shaded descent into the drainage was a reprieve after the exposed traverse of Sewart, and in many ways reminiscent of the northern slopes of Santa Paula Peak. With ZK taking the lead and wielding the Fiskars up front, “new guy” DMuse and I cleared brush and treefall along those long switchbacks as best we could whilst continuing toward Buck Creek. 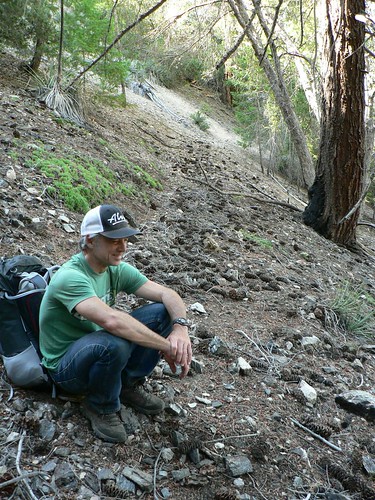 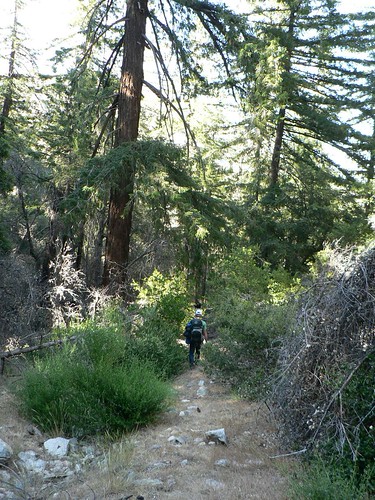 Near the confluence of the tributary the trail follows and Buck Creek Spring, the trail simply … disappeared. In its stead we were faced with a wide and impassive debris field consisting primarily of fallen alder. We knew the route had received pretty much zero maintenance post-fire, but the level of damage — and how quickly the forest was reclaiming its own — still surprised me.

Our progress slowed immensely, and after a few hours of picking our way along the drainage with only intermittent trail (at best), we settled on a small flat alongside the creek for the night, fired up the stove, hauled out the Guinness and Murphy’s, and enjoyed a near-moonless night in this near-forgotten corner of the Los Padres.

While I was tending to the steak and pork for the fajitas, I spotted a pink flag downstream tied to an oak branch. A ray of hope for tomorrow’s sojourn! 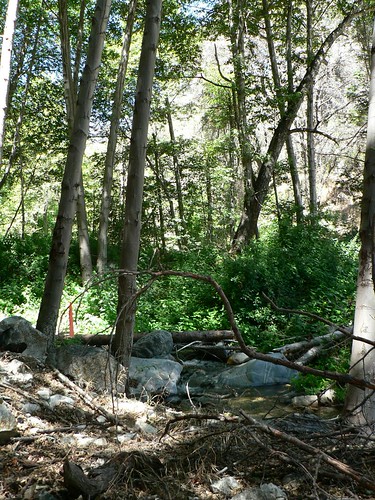 The flags did help, of that there can be no doubt. The next day we wandered off-trail numerous times, and suffered through mid-90s temps laboring through nettle, poison oak, downed trees as far as the eye could see … but still, not too shabby. Enough rose to make even the most hardened trekker of the Dick Smith Wilderness wince with familiarity. Oh, but wide stands of sycamore, big-leaf maple, alder, and … plenty of water. No snakes but one racer, and only one tick. 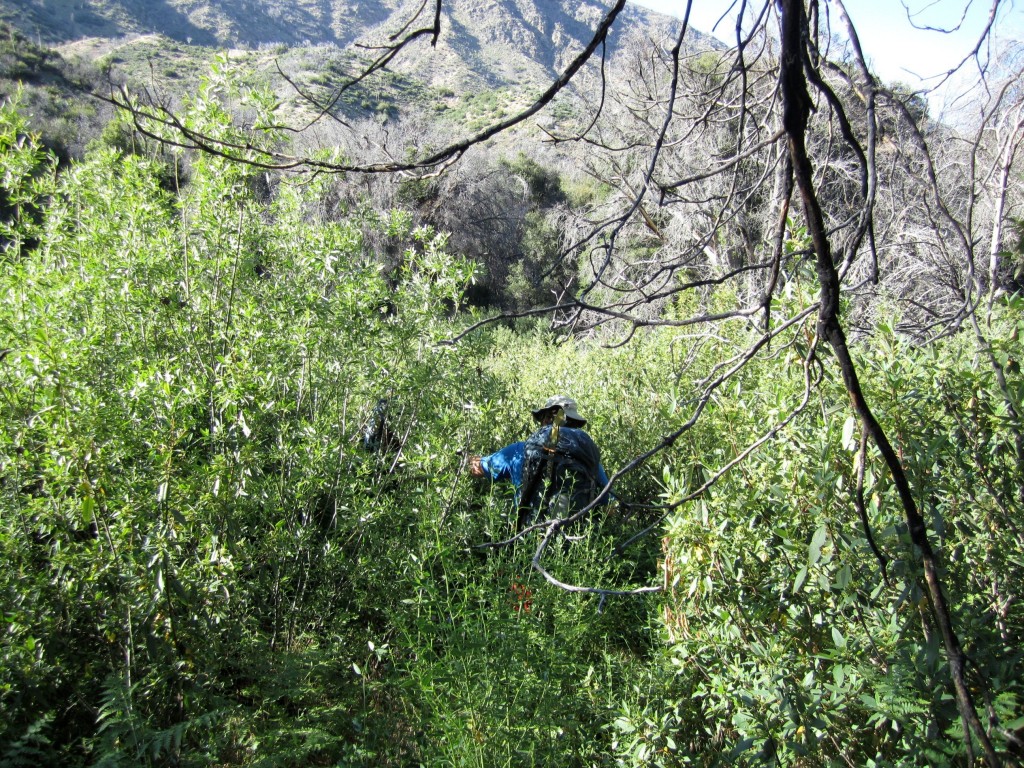 It's All Good; image courtesy DMuse 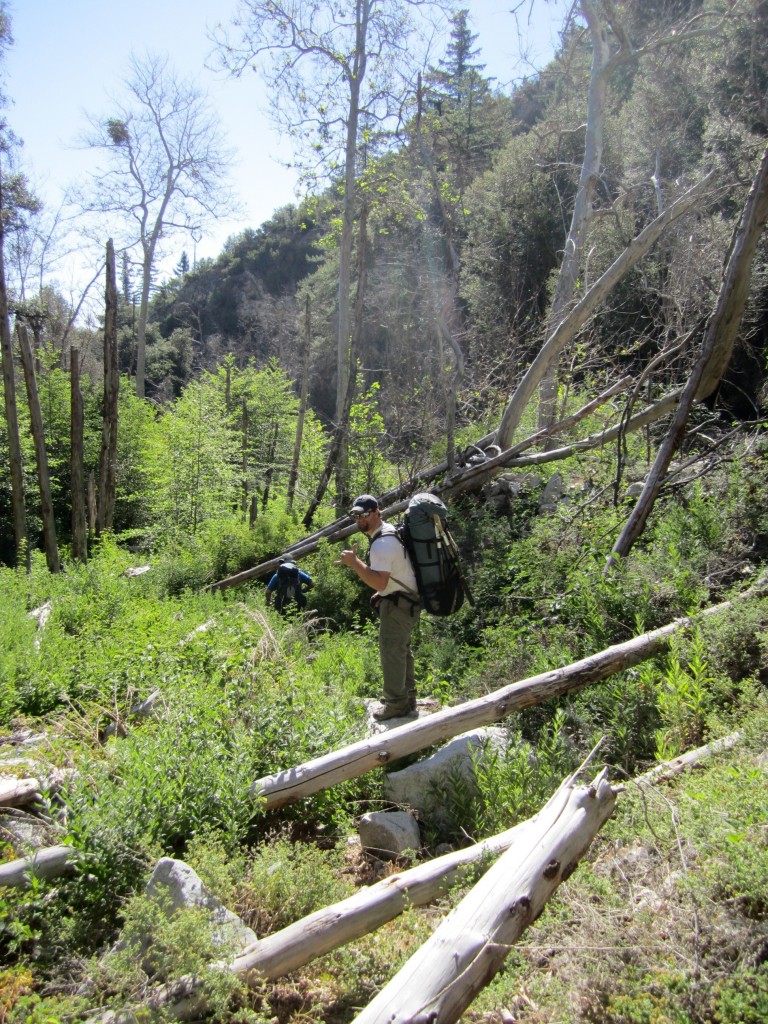 Loving Every Minute of It; image courtesy DMuse 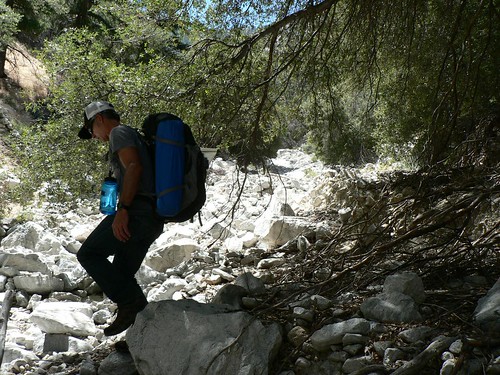 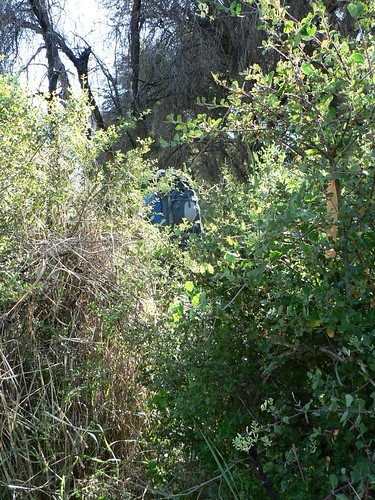 As the looming formations of both Black Mountain and White Mountain began to slowly lower, we picked up some “good” (read: visible) trail and made respectable progress toward the Piru/Buck confluence (but not before an extended creek-side respite; enjoy them when you can). 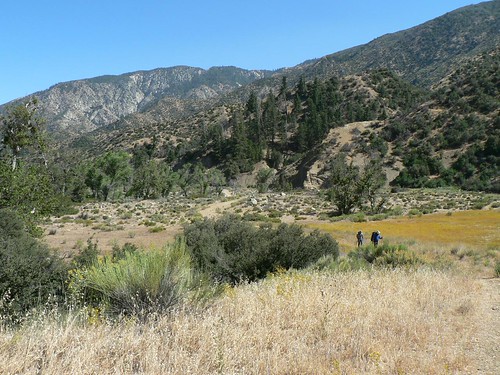 Along the Piru, the heat was pretty brutal. We stopped every so often beneath shade of a cottonwood here, or a roadcut there. Finally we reached the old Hardluck campground (formerly the lower Buck Creek trailhead), but did not linger. It did not impress. 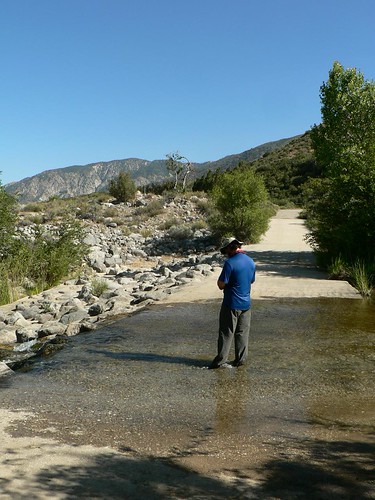 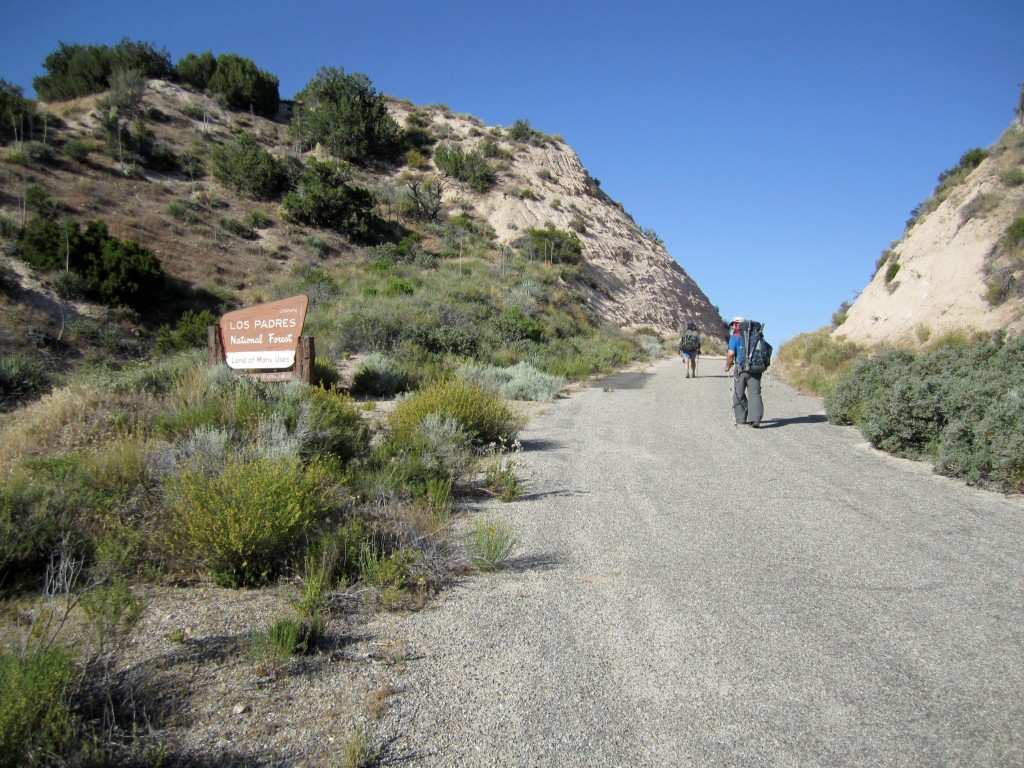 Another three miles up and over along the sealed (and boiling, at this point) Hardluck Road to the Los Alamos gate, and this one is ticked off the list. Veni, vidi, ambuli.

But darn, no rattlers.