The image below is presented here courtesy Joan Rock Bailard, and was scanned from a b/w Kodak Brownie print by David Griggs of the Carpinteria Historical Museum; my thanks to both for the kind use. 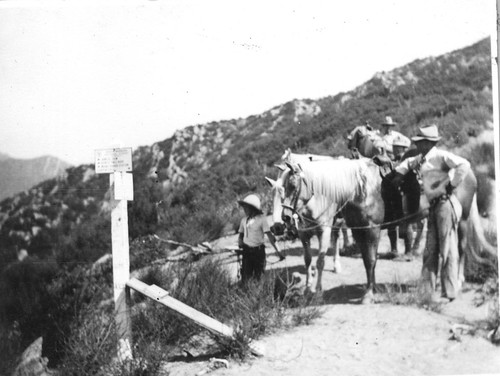 Shown above is the junction with the Franklin and Ocean View Trails in 1934. Visible are Joan Rock at age nine, and her father John “Jack” Rock. And though difficult to make out even on the old print, the sign facing the viewer here reads:

As many of you are likely aware, the Friends of the Franklin Trail (25W09) are working diligently to re-open this historic route all the way from Carpinteria up to what is now the Divide Peak OHV route, where it will again drop into the Alder Creek camp and northward toward Juncal. (The route has been closed since the 1970s, but continues to appear on LPNF visitor maps in its entirety … no explaining that.)

Next year marks the 100th anniversary of the route; get involved if you can. 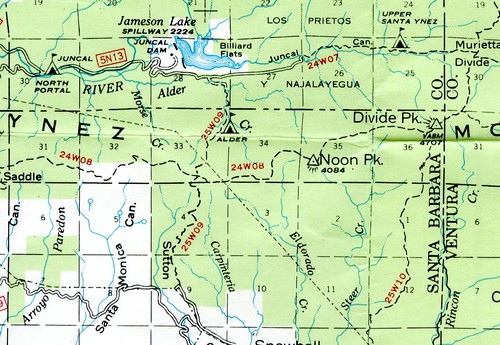 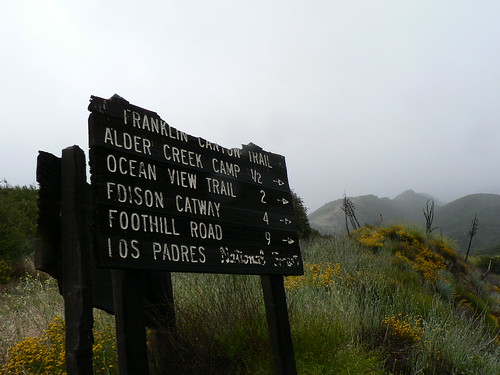