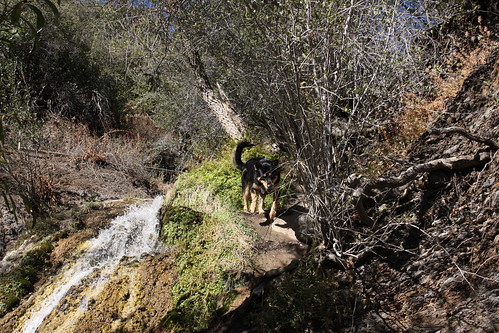 So last week with no real destination in mind, the kids and I grabbed Lilly and some gear and just headed for the hills. We ended up exploring a few corners of the forest (including the First Chance site), but one I hadn’t really pondered of late was Bellyache Falls.

We usually stop at the falls when heading in to the forest, just to let the mutts stretch their legs a bit during the drive, and again that was the case the fine Monday morning we arrived. After letting little man and the mutt hop around the creek a bit, Jack declared we should explore what’s above. Li’l G seconded the motion, and so we grabbed some cameras and Lilly’s rations and headed on up.

(As an aside, some of you — Bardlero Primero especially — will likely have noted the 2012 USTopo Wheeler Springs quad has the spring proper in very much the wrong place … we’ll get to that another time.) 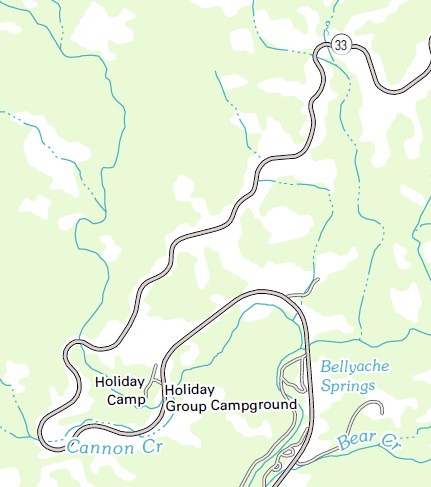 The USDA tells us “legend has it that the springs here received this name because early travelers were so thirsty by the time they got there that they over drank and got bellyaches. One Forest Service legend is that early rangers met here on horse back to discuss, or belly-ache about Forest Service issues.” I’m inclined to believe the latter.

The use trail is in pretty good shape, and only in a few spots need one make use of some roots and saplings for handholds (in that regard, this reminds me of the last stretch en route to the base of Tangerine Falls). Despite the dry season, Bellyache was flowing as strong as ever, and the ferns and blackberry brambles were lush above the falls visible from Highway 33. 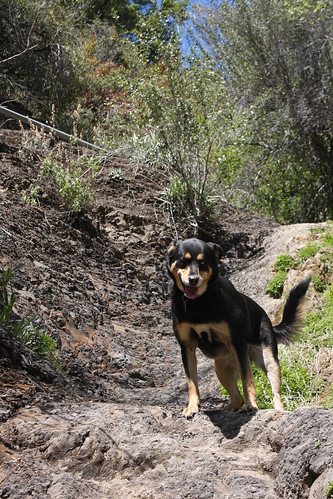 A bypass route (steep drop back into the drainage on the north end) tries to provide for dry feet, and so we followed that heading up. Perhaps a quarter-mile into the ravine was a small two-person guerrilla site we’ve since christened Middle Bellyache. Immediately beyond the camp, the trail crosses back onto the west side of the creek and follows the pipe that once fed the old brick-enclosed spigot I remember being situated at the bottom curve of the turn-out when I was a kid. 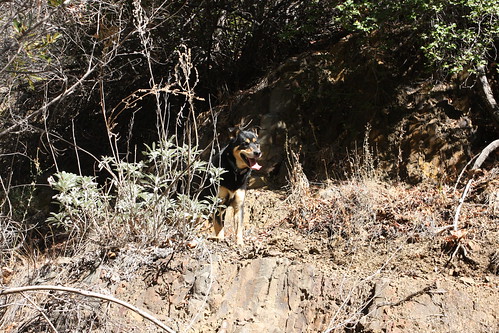 Sticking to the west banks, we crossed a few ground hives. Jack walked right through the first one, and I made a point to praise his new-found bravery in the face of anthophilic danger.

“Wow, good job not letting those bees scare you,” I said.
[somewhat panicked voice] “What bees?!”
“Never mind! Keep going!”
(Both he and Li’l G were much more diligent in watching for the bees after that; me and my big mouth.) 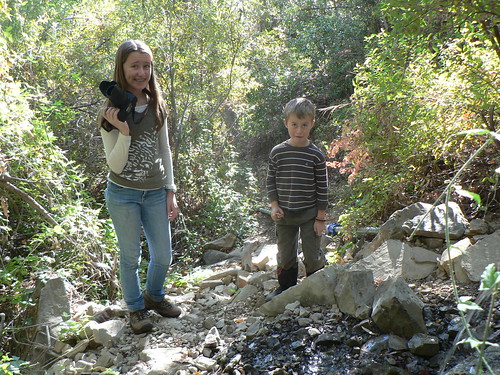 We continued to where the pipe issues from the hillside beneath the spring; beyond there the going got a little thicker and we agreed we’d return better-prepared for a full day of exploratory. I don’t envision we’ll pop up at Basin 3 atop Dry Lakes Ridge, but they’re keen to explore further.

We had a snack back at Middle Bellyache and I shot some lazy and rather rough video coming back. The GoPro’s fisheye qualities don’t fully illustrate how steep parts of the drainage are, but you get the general idea. 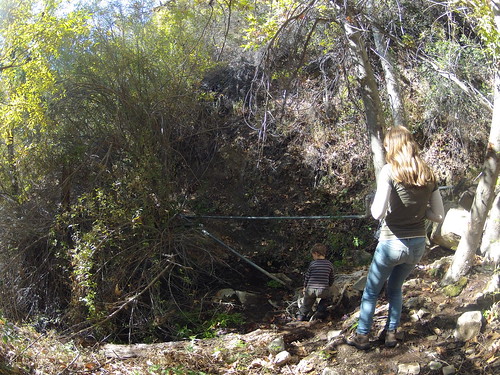 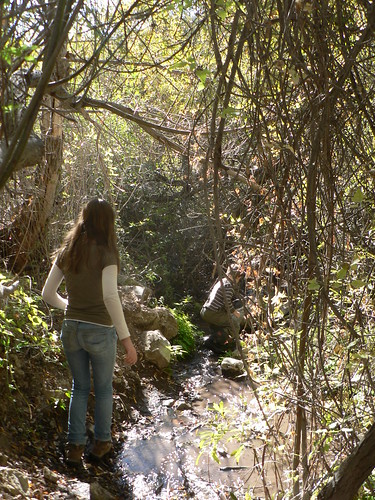 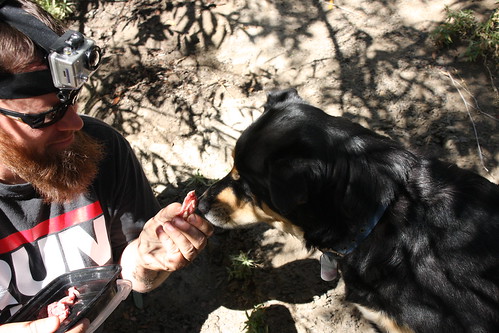 The kids had a fine time exploring a previously unknown route. 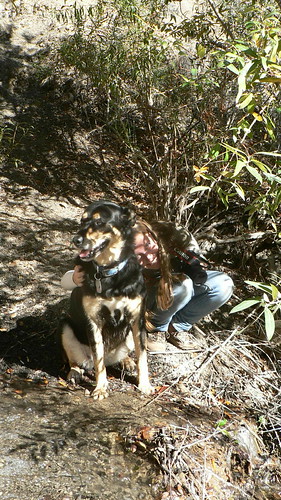