Diamond in the Rough: First Chance

Yes, you read that correctly.

As alluded a few months ago, my on-going mission to collect every Santa Barbara/Los Padres NF visitor map since the dawn of time has yielded intel which only adds to my ever-growing “to-do” list. The 1938 Los Padres visitor’s map — the first post-Santa Barbara NF map, mind you — is possibly the greatest culprit, as there are over three dozen heretofore unknown sites which now beg to be reconnoitered. 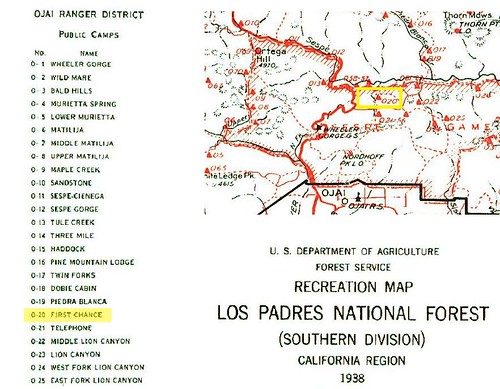 On a recent day of exploratory with the wee explorer posse and a hound, one of the spots the intrepid crew investigated was the First Chance site. (Apologies for the choppy nature and poor audio of the video below; both flickr and vimeo choked on it.)

The site — as shown on the 1938 map — was just to the east of what we know as the Howard Creek service road. Those who’ve hiked from Rose Valley up to Howard Camp atop Nordhoff Ridge have probably noted the first stretch of “trail” is actually a very old road bed. 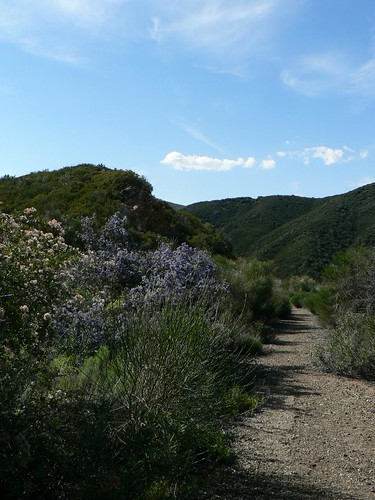 The old maps show this as a road, and for some time I suspected it was the old route to the camp, and that the camp had been situated where the sandstone outcrops are located (just west of the private lake at Rancho Grande). But a double-check of the map — even one at such a small scale — dispels that theory. 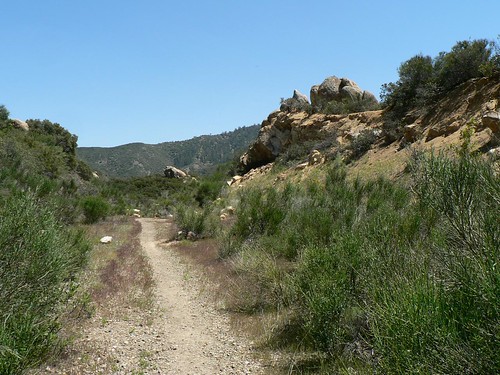 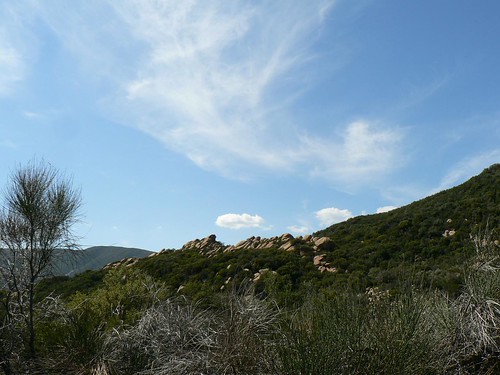 The First Chance site proper is choked with broom and star thistle, and what other two noxious plants better betray man’s presence? (Sorry, poison oak … for once you are not to blame.) Some extremely old sawyer’s cuts on the eastern flanks of the clearing and what appear to be the remnants of a spring box are about all that’s left. This site was not re-opened after the WWII-era closing of the forest.

As Li’l G pointed out, this one was less a “diamond in the rough,” and more a “lump of coal in the field.”

But it’s still another ticked off that to-do list, and that counts for something. 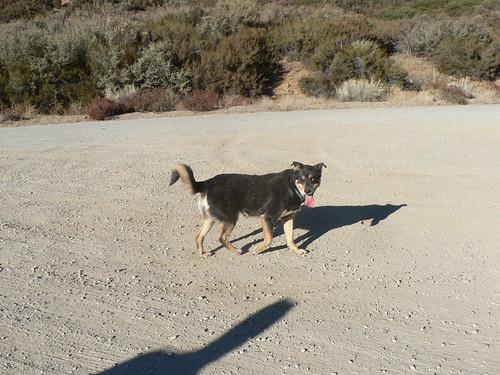 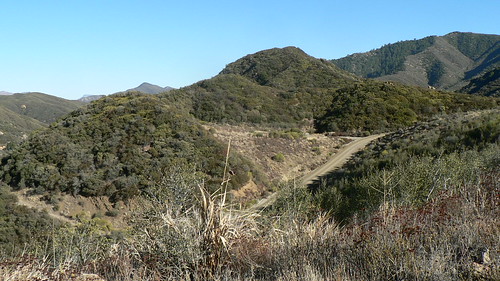 First Chance, as seen from the knoll west of the Howard Creek TH

2 Responses to Diamond in the Rough: First Chance