Or, “The Great Pretender” 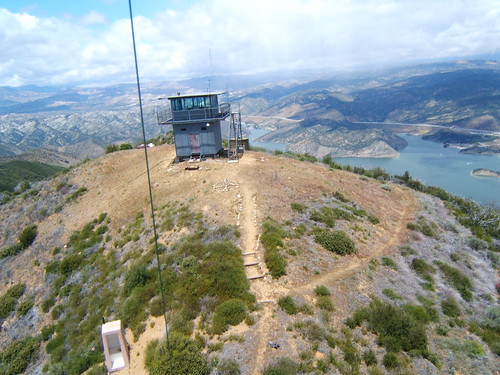 Built in 1969, the Slide Mountain lookout was delivered to the peak by helicopter in 1970 (partially in response to the recent creation of nearby Pyramid Lake). The 365 square-foot structure served but for a decade before its closure in 1980. That makes it the youngest — by far — of the standing Los Padres lookouts.

I enjoy the nearly-11-mile out-and-back trek, but comparing the steel and panel Slide Mountain lookout to the old school (e.g., Thorn Point) is like comparing the Hoover Dam with some half-assed design of today. It’s just not the same.

The lookout is in that gray area of jurisdictional overlap along the very eastern edge of the Sespe Wilderness. It commands spectacular views of the Piru drainage which those of us who traverse Dough Flat, Agua Blanca, Alder Creek, the eastern Sespe, or Sewart and Alamo Mountains aren’t normally privy to. And though well within the boundary of the Los Padres National Forest, the area including Slide Mountain is managed by the Santa Clara-Mojave Rivers (formerly Saugus) Ranger District of the Angeles National Forest. 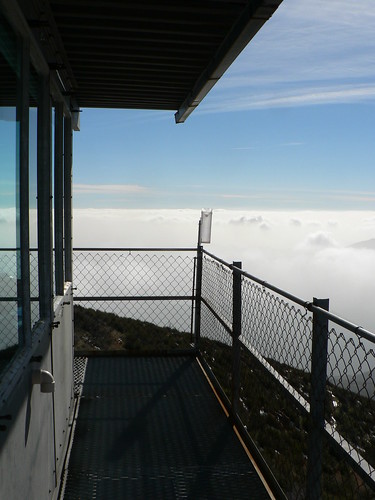 On the whole, the Angeles Forest’s lookouts typically fared better than those on the Los Padres, which after World War II saw many of its lookouts fall into disrepair. In the Angeles, it wasn’t until the 1970s and 1980s when budget cuts — compounded by increasingly poor air visibility — forced many of the Los Angeles-area lookouts out of use, though a notable handful in the San Bernardino NF still remain. (We’ll discuss a few of those down the line.)

In October 2003, the Angeles National Forest Fire Lookout Association (anffla.org) reopened the two-story metal and glass structure with the intent to man it solely with volunteers. 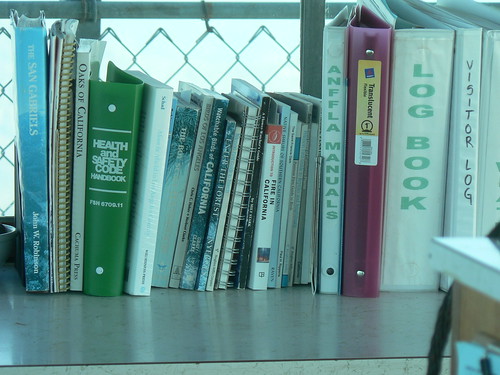 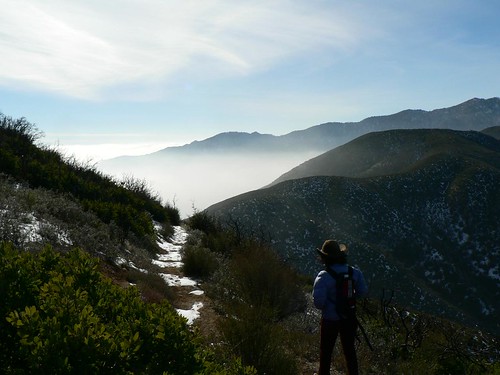 Don’t be mad, Slide Mountain. Yes, you’re still totally cool. And I love the fact the ANFFLA looks after you (how I wish there was something similar done for the other Los Padres lookouts).

But I know old lookouts. Old lookouts are friends of mine. And you, Slide Mountain, are no old lookout. (But that’s okay.) 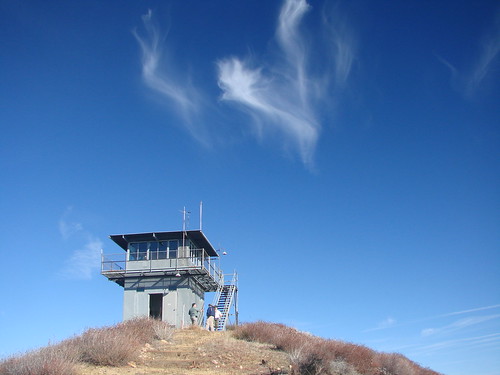 4 Responses to Lookout! No. 10: Slide Mountain