Diamond in the Rough: Ozena 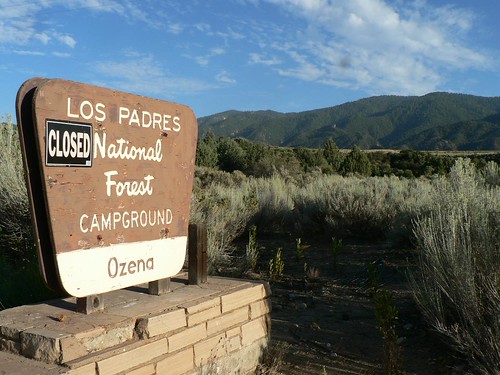 “Ozena” is said to come from a Chumash term meaning “horse with distemper,” but I’m not sure I buy that. The current incarnation of the equine as we know it in North America arrived with the Spanish, and so the horse was already named when it was introduced to the indigenous Californians. Why invent a new name in Chumash when there was already one handy? (Anyway …) 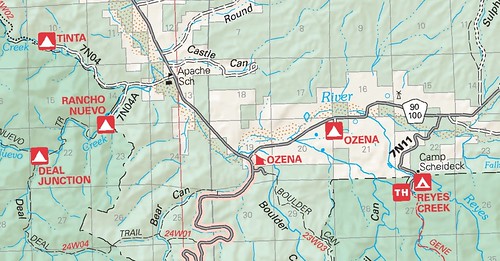 Ozena, as those who frequent the Mt Pinos RD well know, was closed to use in 2009. It’s a ridiculously accessible site, just off the 33 and Lockwood Valley Road … and yet bears far less vandalism and general abuse than Thorn Meadows or other similar grounds of its generation. 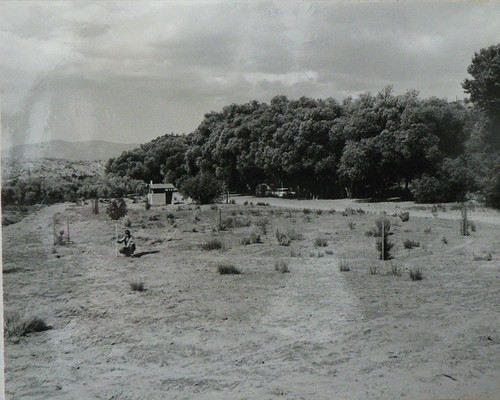 On a recent exploratory of the area, the uber-hund and I picked around both units of the 11-site camp. 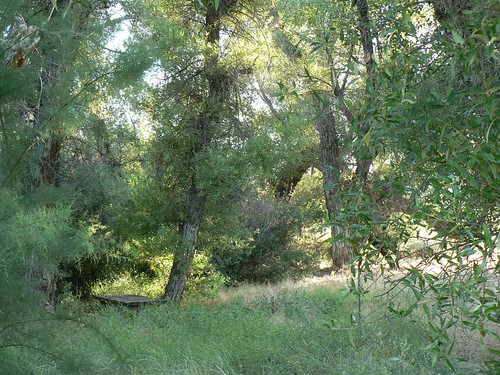 This is the same restroom shown behind Miller in the photo above. 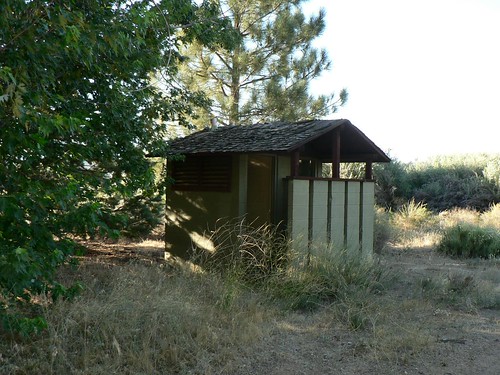 Though not a “magnificent” camp by any stretch of the imagination, this has always been a cool corner of the Los Padres, and one close to my heart since we camped here and Mr B taught me to fish over at Reyes Creek when I was six years old. (We camped at Ozena several times in my youth, but never at Reyes Creek.)

Portrait of the Artist as a Young Fisherman

The Mt Pinos RD — despite the OHV crowd, Monster energy drink cans tossed everywhere, and general demographic of indifferent Forest-goers — is still my overall favorite, despite the closures and general neglect. It’s the Montana of the southern Los Padres. Big. Empty. Beautiful. 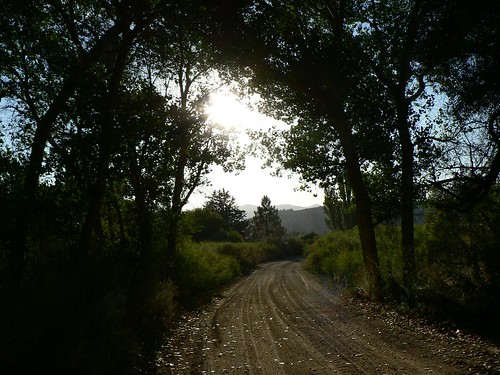 4 Responses to Diamond in the Rough: Ozena