The geek-o-meter almost pegged with this one …

In addition to their route name (e.g., Alder Creek Trail or West Camino Cielo Road), USFS trails and roads also receive a trail designation (e.g., 20W11 or 5N19). Though few might not think twice as to how or why Forest roads and trails receive their designations, there is a (relatively) simple method to the alpha-numeric madness. I haven’t found any literature about the conventions, but I think I’ve sorted it.

The designations come from the Township and Range as defined by the Public Land Survey System (“PLSS”). The PLSS is the method by which public lands (those held by the United States for the benefit of the public) are divided and legally described. The PLSS is regulated by the Bureau of Land Management (BLM), and covers most of the western (post-colonial) US, though most of these lands have since transferred to private ownership.

Under the PLSS, most land is divided into six-mile-square townships, and the townships are in turn divided into 36 one-mile-square (640-acre) sections. The PLSS is a series of separate surveys, each with an initial point; the townships are surveyed in the four cardinal directions from that point. The north-south line running through the initial point is the Principal Meridian (of which there are 37 in the PLSS). The two meridians relevant to the southern Los Padres are the Mt. Diablo and the San Bernardino. A perpendicular east-west base line (parallel of latitude) also runs through the initial point.

In the case of trails, the first half of the designation is derived from the Range of the route’s origin or terminus; 20W11 indicates the trail is in Range 20 West, and is one of at least 11 trails to originally begin or end within R 20 W.

Roads are similarly named, but receive their designations from the Township of its origin or terminus. 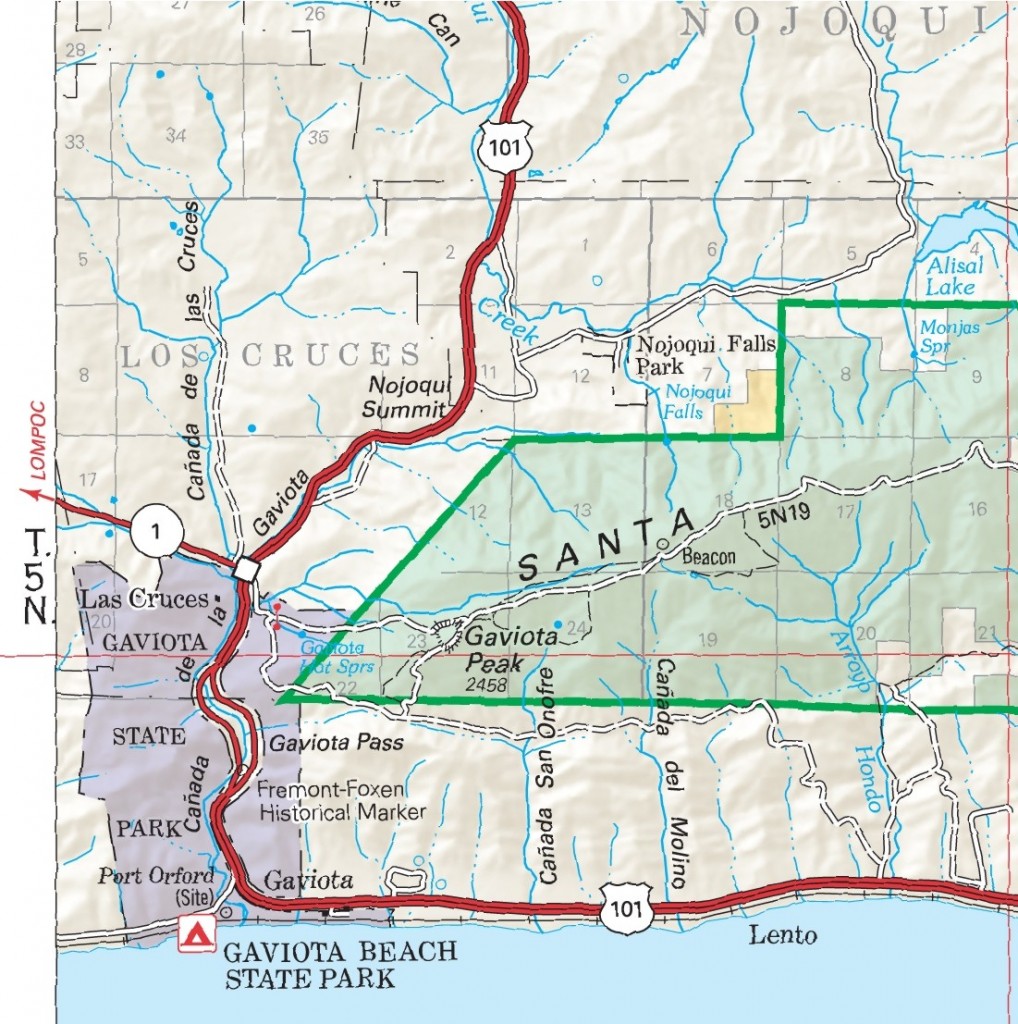 You may notice in some cases a trail or road not entering the township or range from which it received its designation; in most cases this is due to the route having been shortened (e.g., converted to trail use after a wilderness designation) or a section of the original route having been abandoned or re-routed over the past century.

Down the line we’re going to discuss the different “series” of trails — e.g., the 27W series — and all they entail. Get your boots on!