First in a Series

In the early decades of the Twentieth Century, the federal government — massively augmented by the Civilian Conservation Corps during the Depression — built thousands of fire lookouts throughout USFS and other federal lands. In the West, the lookouts not only provided early detection for conflagrations, but during the Second World War were also used by the Aircraft Warning Service (AWS) to spot for enemy (Japanese) aircraft.

Today, only four remain. This series will discuss both those standing and those long-gone. 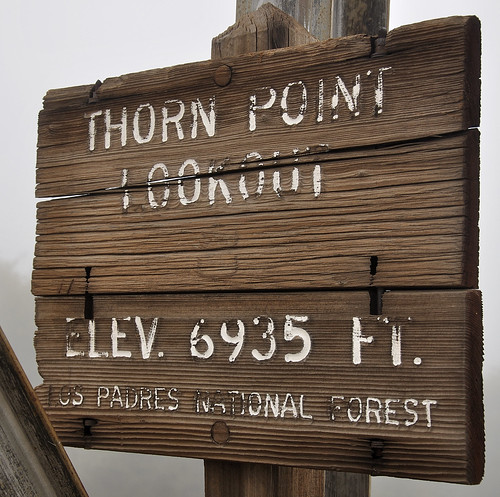 The Thorn Point lookout dates from 1933. The 14′ x 14′ cab on a 20′ H-braced tower is in pretty poor condition as of this writing, but still open and with awesome views of the Sespe and Piru watersheds and Topatopa Mountains. Some of its furniture and cabinetry are still intact, but certain elements (e.g., telephone) are gone.

During World War II it was staffed 24 hours a day and a ground cabin was added for the off-duty observer during 12-hour shifts; the cabin still stands and is one of very few still standing in California.

Now within the Sespe Wilderness, the lookout is a moderate three-and-a-half-mile hike from Thorn Meadow. Given its proximity to the Sespe Sanctuary, the tower has also been used as a condor monitoring station. 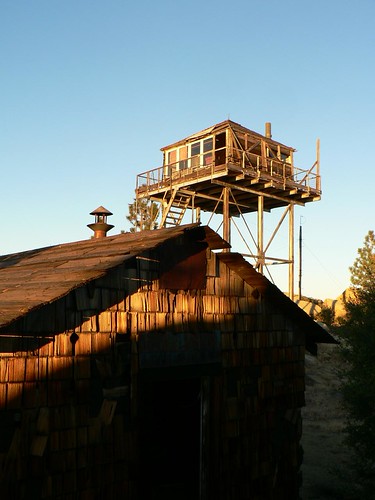 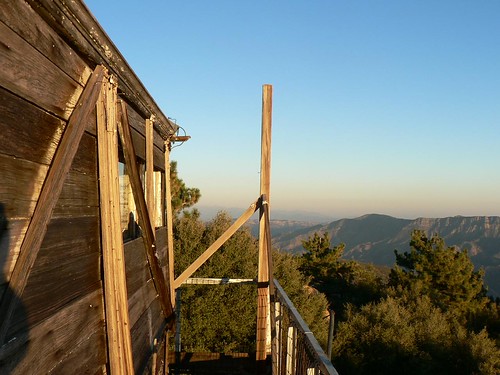 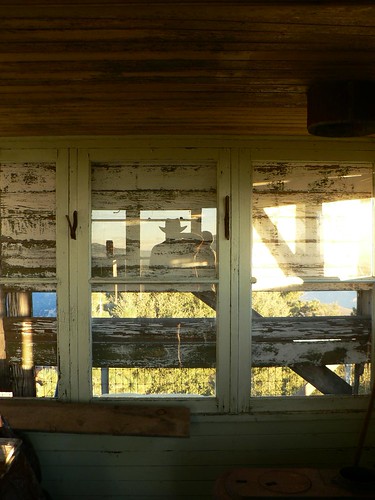 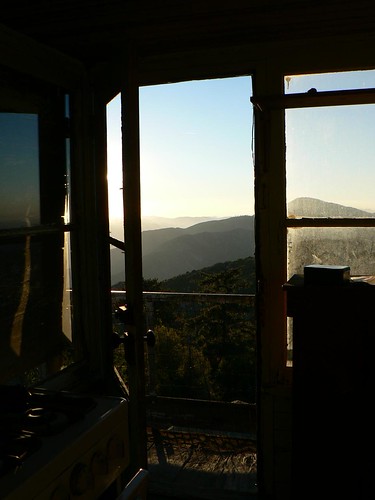 7 Responses to Lookout! No. 1: Thorn Point