For such a tiny creature, the arroyo toad sure does wield a lot of clout. Moves to preserve its habitat in the past decade or so have resulted in the closing a few of what were traditionally the most popular campgrounds in the southern-most Los Padres, among them Lion (now the Piedra Blanca Trailhead), Beaver (Middle Sespe Trailhead), Hardluck, and Blue Point (feel free to join in the on-going account of abandoned campsites here).

Back in February, Nico and I enjoyed an exploratory up to Ellis Apiary. During that hike we passed through the western portion of the abandoned Blue Point Campground, and I was interested in conducting a slightly more thorough exploratory as time allowed.

As it happened, time allowed this past weekend, and so ZK and I grabbed the bikes for a two-wheeled exploratory along the Piru. After picking around the lower Pothole trail for a bit, we headed up to Blue Point and crossed the creek there (fast and cold, but only ~12″ deep along the old road crossing). 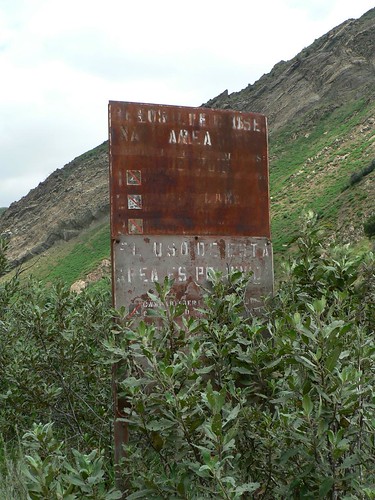 Some of the old sites are ridiculously overgrown, as would be expected. Some, however, are ridiculously well-preserved, as though the last Coleman pop-up trailer pulled out of the driveway only yesterday.

Given up in 1999, the grounds were never stripped of their outbuildings, barbecues, tables, or spigots, and were it not for the damage wrought here by the 2003 Piru Fire, I suspect the area would have proven to have been in even better shape. 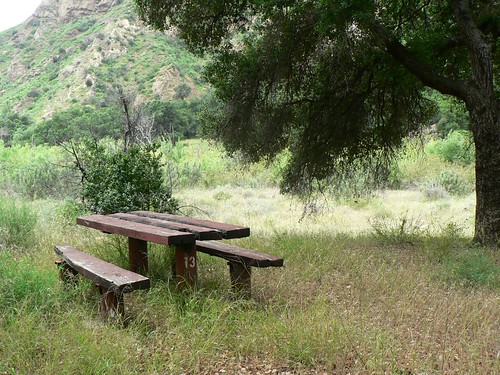 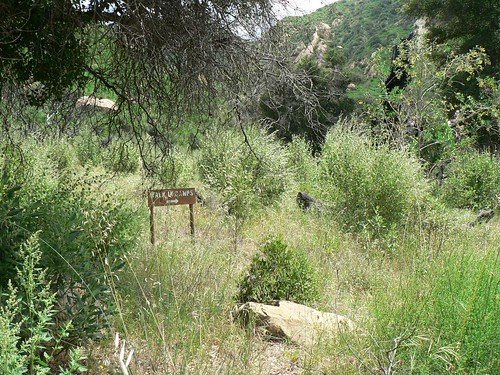 Enjoy these somewhat choppy 90-second accounts of both the eastern and western units of the old campground. (At one point I call it Blue Canyon camp; I must have had serpentine on the brain, so my apologies.)

One Response to Return to Blue Point