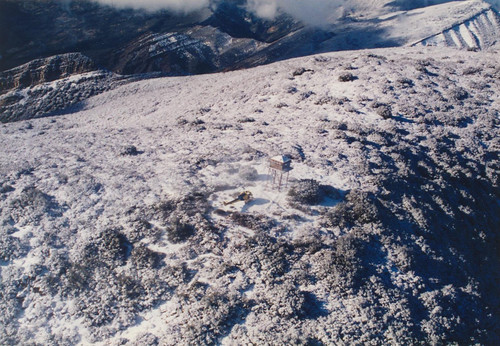 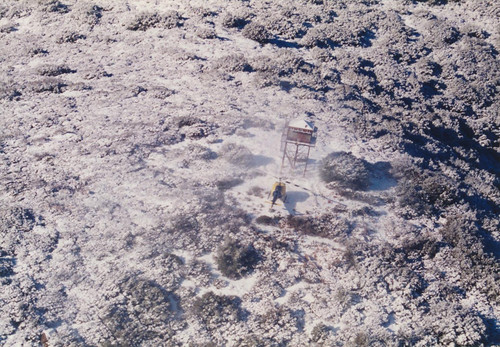 See Topatopa Tale the First — The Case of Too Many Topas — for the first installment of this series.

The Day Fire scorched huge sections of the southern Los Padres during its long march of destruction in September and October 2006. Roaring southward up the backside of the bluffs from the Sespe, the fire reached Topatopa Ridge, Tar Creek, and Bear Heaven on September the 16th — causing genuine concerns the flames might reach the upper Ojai Valley — and stormed across Topatopa Peak, destroying the old fire lookout there. The super-structure on which the cab sat is still visible from Sewart and Alamo Mountains, Tar Creek, Hines Peak and other vantage points. 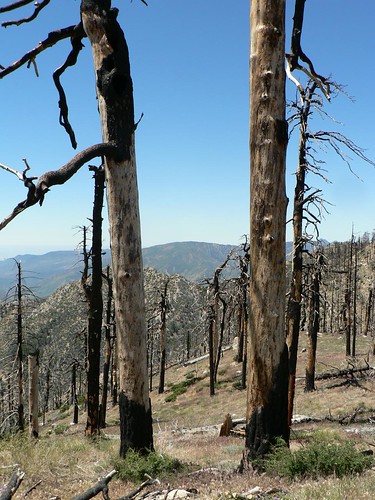 Topatopa Peak as seen from amongst the crispy coulters atop Sewart Mountain, Summer 2011

Topatopa Peak was a paradoxical lookout if ever there was one: built in 1938, the 14′ x 14′ wooden C3 cab atop a 20′ tower (some sources say 30′) was only accessible for some 20 years before public access was prohibited (when the Sespe Condor Sanctuary was expanded in 1959). 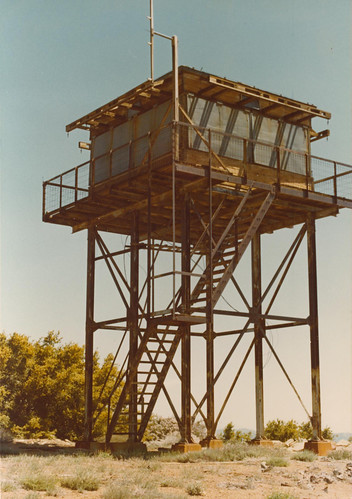 But that isolation also left the lookout free from the vandalism suffered by (both) Nordhoff Peak lookouts, McKinley Mountain, McPherson Peak, and other too-accessible sites. It was largely left alone to age gracefully, and was a fantastic example of its era … only Thorn Point could compare as an example of the late pre-war lookouts. 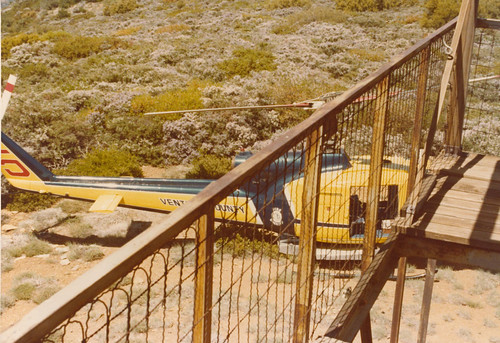 In his 1945 history of the LPNF, Brown inventoried the 25 existing lookouts of his era, and chronicled the cost and creation of the earlier (pre-New Deal) lookouts. Next, “the balance of the primary lookout plants on the Forest were built between 1934 and 1936, the cost range of each of building running from a minimum of $1,530 for the plant on McPherson Peak to $3,589 for the Branch Mt. lookout house and its 30-foot steel tower. There is an exception to this in the case of the Topa Topa lookout observatory and its 30-foot steel tower. 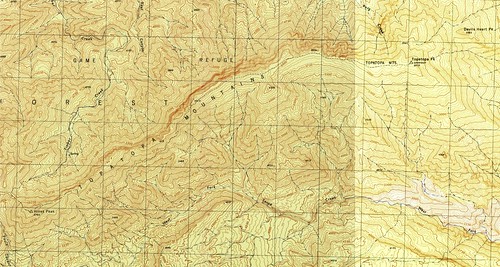 “This plant was built after the others and cost $6,117. Some experts considered it impossible to build this structure on Topa Topa since it was a long day’s pack trip, going and returning, between the spire-like summit and a spring six miles down the mountainside which offered the only level camping spot where mules and horses could rest.” 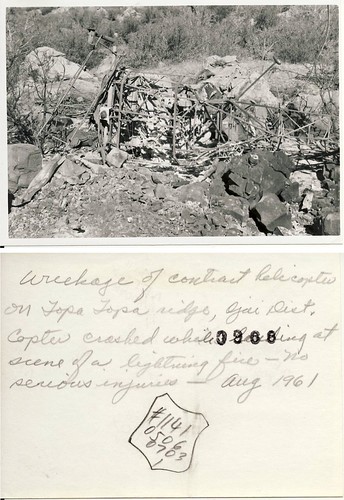 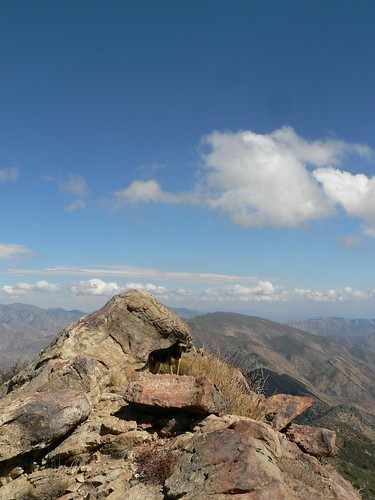 The uber-hund atop Hines Peak, with Topatopa Peak in view. Fall 2010

And finally, I’m recently in receipt of a letter via post from Hugh, a Glasgow-based hillwalker and one of the River Clyde Ramblers. We’ll discuss this in the next Topatopa Tale.

What’s that, you ask? What could a Scottish hiker possibly contribute to Los Padres (specifically Topatopa Peak) lore? 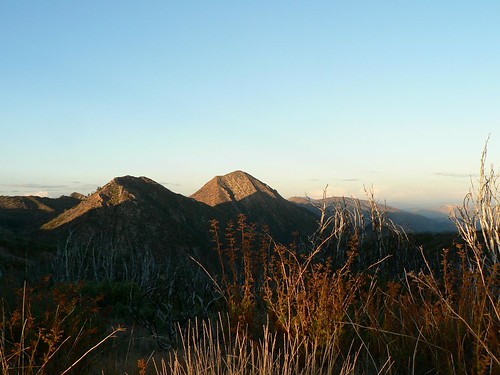 One Response to Lookout! No. 11: Topatopa Peak