“And the Flames Went Higher …”

Fire has always played a key role in forming forests’ landscapes, and the Los Padres is no exception. One of the more unique instances of its incursion into the backcountry is when recording superstar Johnny Cash accidentally started the Adobe Fire in June 1965. 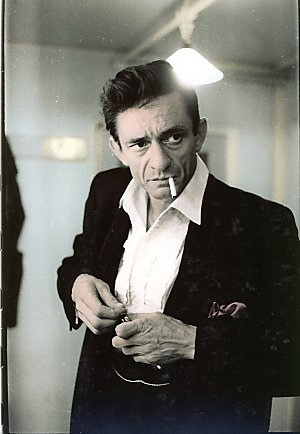 The singer had driven “Jesse,” his now-infamous Chevrolet pickup with camper, along the Sespe Road (now the Sespe River Trail) to near Cottriel Flat for a spot of fishing. The assistant fire control officer of the Forest Service’s Ojai Ranger District—who arrived on-scene after being notified of a fire—found Cash high on pills and sitting on the side of the road with the truck nearby. The fire officer soon determined a portion of the truck’s exhaust pipe had detached from the muffler and ignited the grass beneath the truck.

The fire burned 508 acres, and some accounts claim it also killed 49 of the nearby sanctuary’s 53 condors (Cash later claimed to have proclaimed, in his inimitable style, “I don’t give a damn about your yellow buzzards!” when informed of this). The loss of condors has been disputed by fire personnel and discounted for a lack of evidence (e.g., recovered condor carcasses.)

The Adobe Fire required a week of firefighting efforts, including air tanker drops … and for his role in turning a portion of the Sespe black, the Man in Black was fined $82,000.