Stop me if you’ve heard this one.

In early April, the monkeys and I headed into the backwood for our annual Chumash Wilderness sojourn. We had spent the morning at the LPFA‘s excellent open house event at Wheeler Gorge, and so didn’t quite get the early start we often enjoy, but it was a sublime mosey along the North Fork of Lockwood Creek. 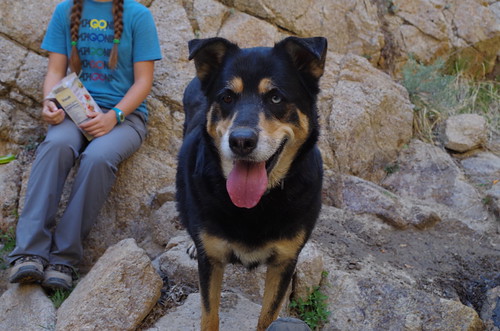 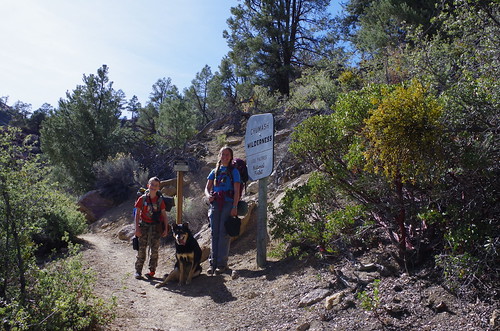 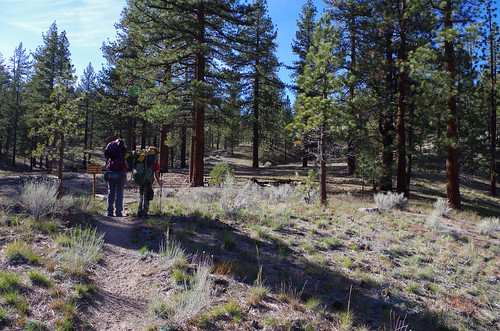 Water was — as one might expect — about as low as could be, and short of having snow on the north-facing slopes to melt as I’d had my last few visits (including last Spring’s epic Bear Cub service project), we were relieved to see at least a trickle coming over the North Fork Falls, as we knew we should be able to locate at least some water closer to Lily Meadows. 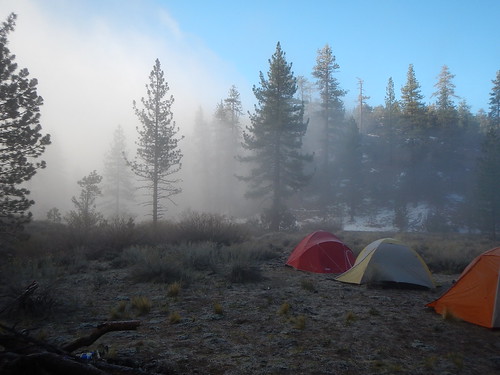 This was a special year because it marked the tenth year in a row Li’l G was joining the trip. As so I did the math: those 10 trips included 9 treks up the North Fork and 1 to a guerrilla camp along Amargosa Creek, but in addition to those annual events she’d thrice backpacked in to Sheep Camp with the family or Scouts (her first trip at 3-and-one-half years, thank you kindly). Clearly, Li’l G isn’t so little anymore. 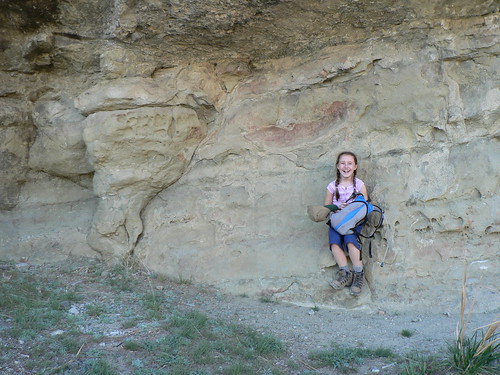 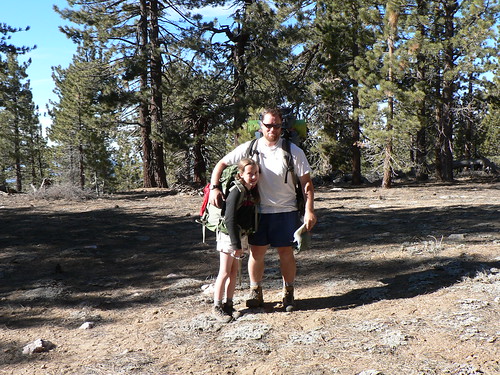 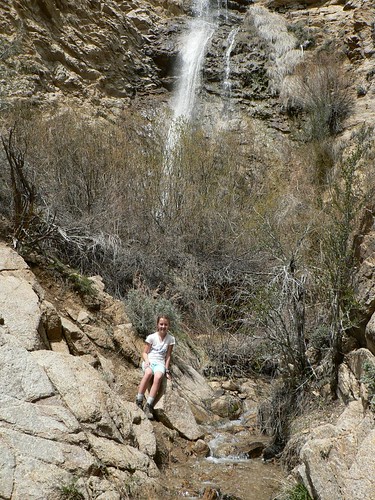 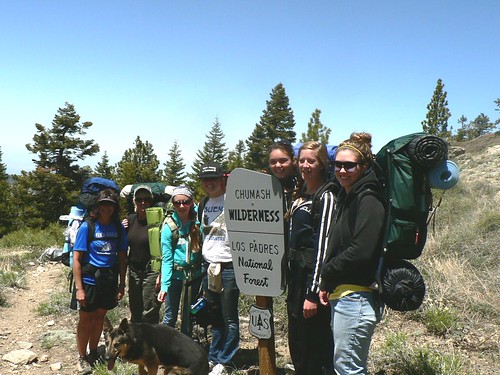 We arrived at our traditional guerrilla camp in the late afternoon, and were greeted by the usual hiking hounds and general Forest malcontents: Mighty Mary, Billy Monster, Mr G, Hank, Bardlero Primero … a veritable gaggle of backwood wanderers, who’d landed here from points disparate. We set our beds beneath the usual copse of Jeffrey pines, and then after some idle fire-side chatting and beer-swilling, took advantage of the late sunset and wandered back downstream far enough to find a mucky, silted seep beneath Lily Springs where we were able to pull enough water to last us the rest of this sojourn. Even with the pre-filter and the intake set in the cleanest spot we could find, I was scrubbing the ceramic element on the filter after every liter. Dire times, people. 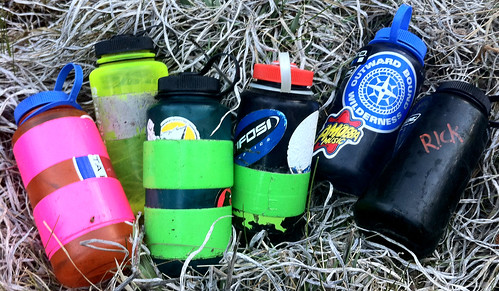 It was a long evening of revelry around the fire, and as temperatures dropped and folks turned in, Little Man (as usual) watched them go. He beds down at a reasonable hour at home, but when out here on the perimeter he seems to want to be awake for as much of the time as possible. And I don’t blame him. 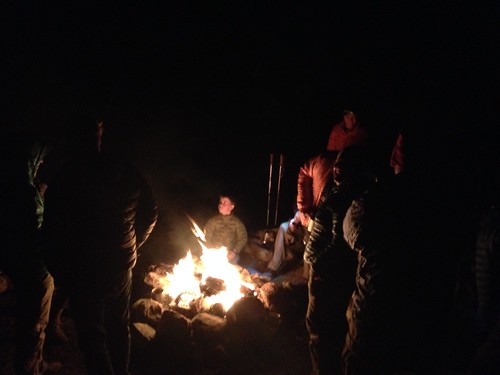 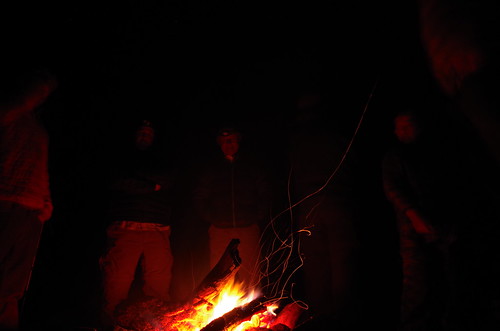 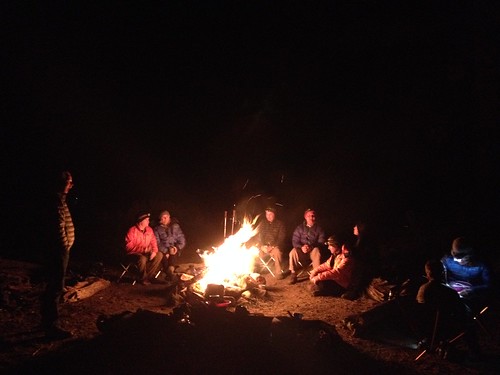 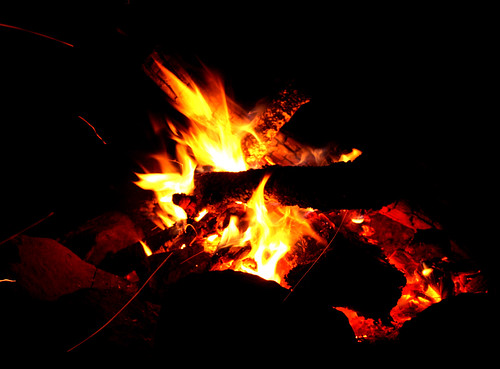 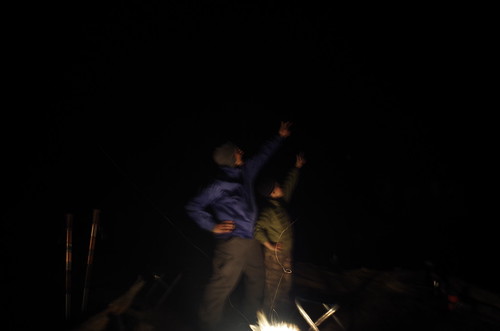 To the … North Star!

Eventually, though, we did turn in … the kids in their tent and the heterochromatic hellhound and I testing a new (to us) floorless tent I’d recently acquired. 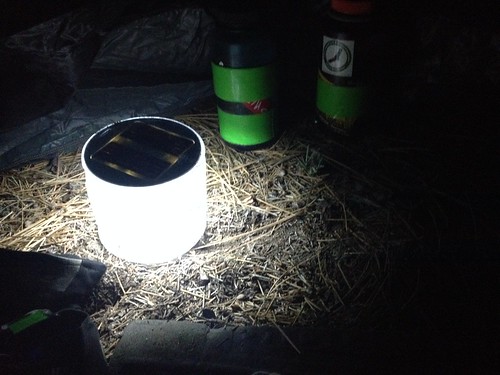 The next morn, we were up when we felt like it … which might very well be the best thing about the wilderness. After hearty breakies and photo-taking, the crews all packed and were on their respective ways. Bardlero Primero joined Clan Carey for our descent back toward Camp Three Falls. 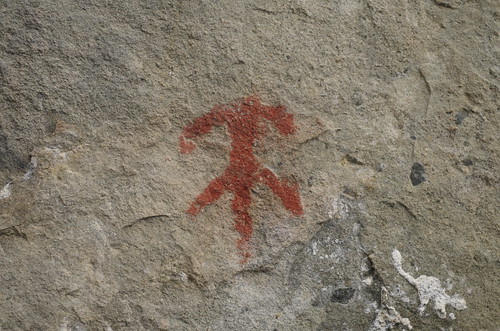 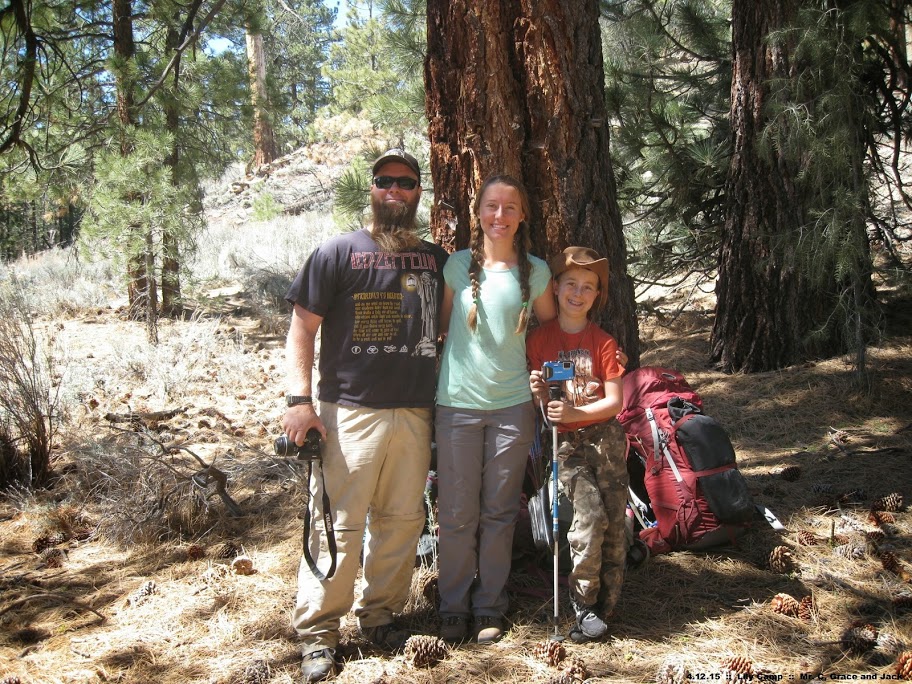 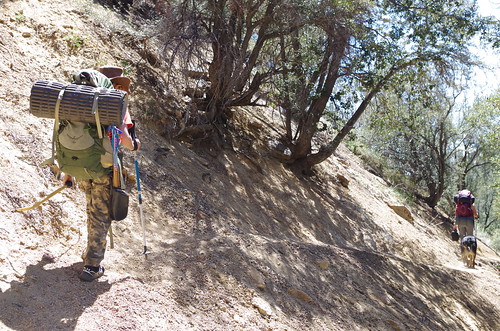 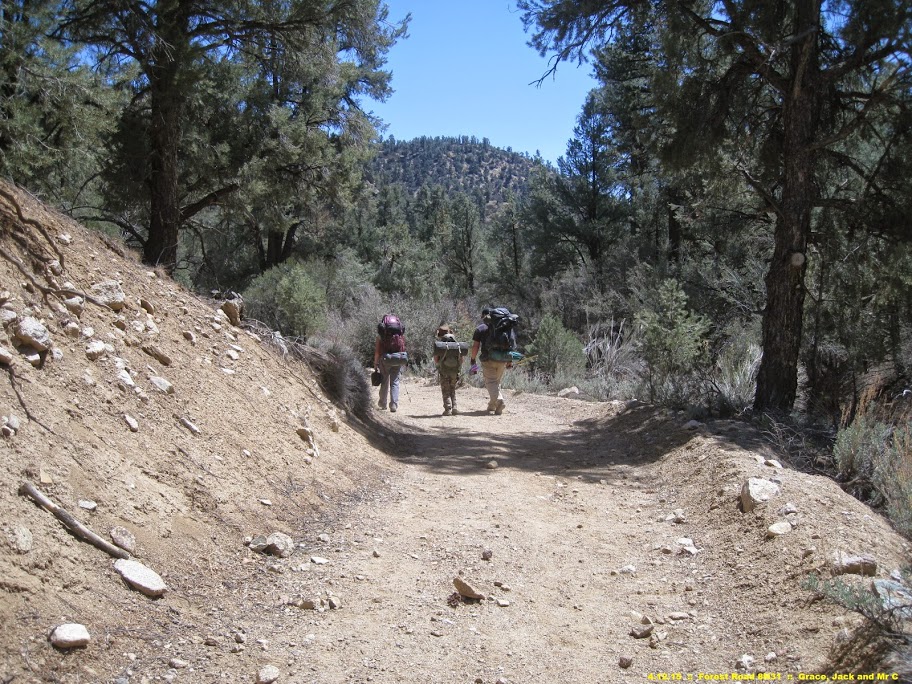 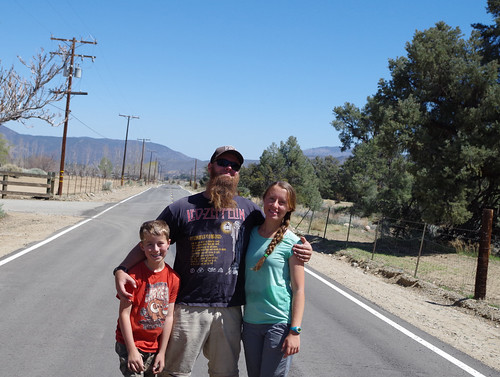 Another fine outing, and already we look forward to next year. Get ’em out there!