Beware the Ides of March!

Yep, it’s that time again, when the pack gets antsy and the wee ones have their backpacks ready to go and waiting, leaning against their nightstands for the “go” signal. 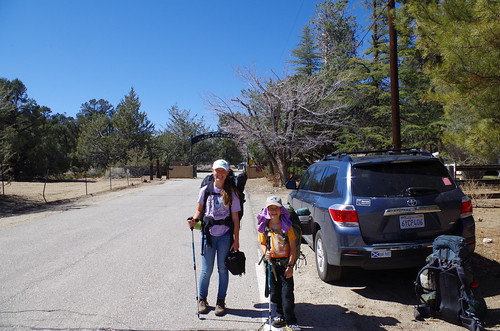 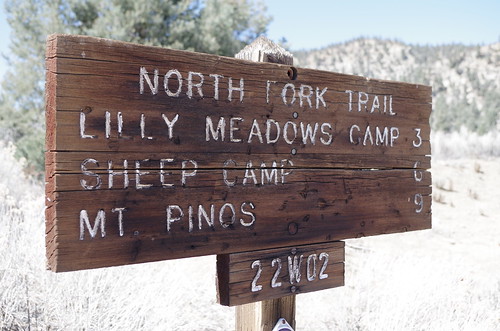 And so it was on the Ides of March this year, when we departed on a breezy and cool Saturday morning for our annual Chumash retreat (this trek takes place along the lower stretch of Route 71 of the trail guide). This was Li’l G’s ninth year in a row, and Little Man’s second. (For those wondering … yes, he’s already posturing like he’s old school.) 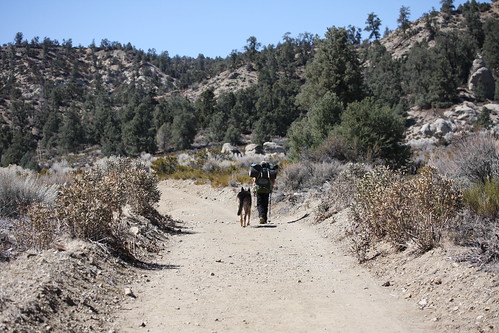 This was the first year in some time the Billy Monster (aka Uncle Buoy) was able to make the our annual sojourn, so both monkeys (and the uber-hund) were anxious to enjoy his company. Along with Ro-hair, Mr G, and little Misha, we were a perfectly-sized complement for our traditional guerrilla site along Lockwood Creek’s north fork. 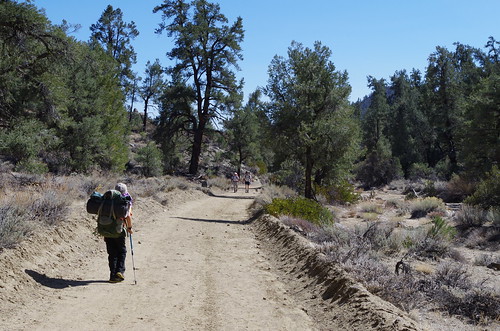 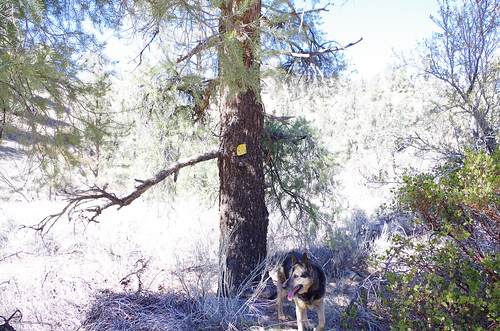 Despite the heavy rains we’d received a few weeks before (more on our rainy weekend adventure in just a bit), there was no water along the lower stretch of the creek, and the North Fork Falls were anemic. We let the uber-hund drink her fill here, and then chased the Little Man up the steep quad-breaker stretch leading above the falls. 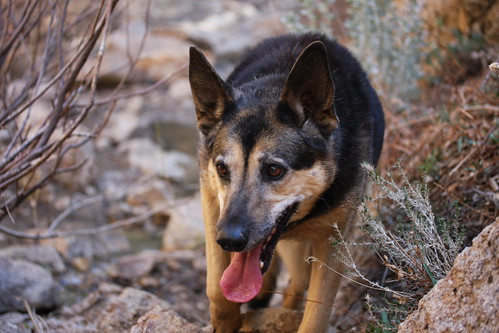 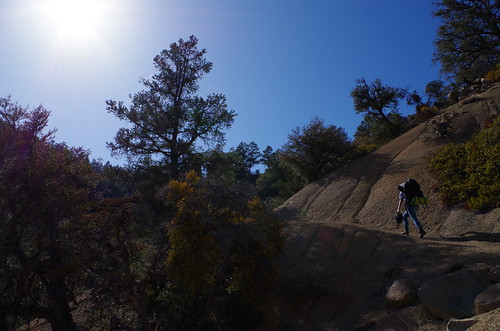 It was a beautiful stroll through the ravine, and I found myself noting stretches of the route where trees have come down, tread has been worked, or rose has gotten a tad aggressive. 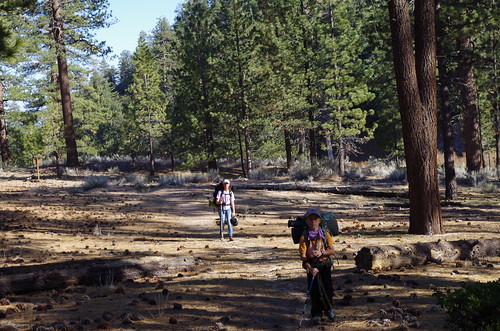 Once at camp, it was the usual assignment of chores: firewood, laying the fire, pitching the tent, and fetching snow for water (only intermittent water between the falls and Lily Meadows, and none further upstream … luckily there was snow a’plenty at our usual site). 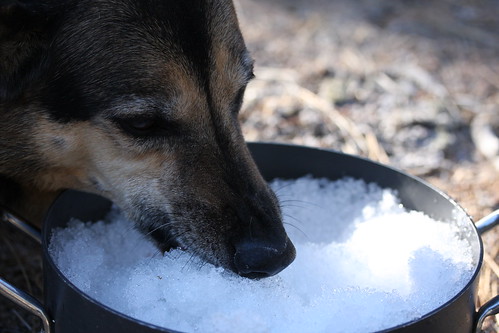 We spent a long evening of story-telling, ration throwing, beer swilling, and general revelry under a beautiful winter sky. 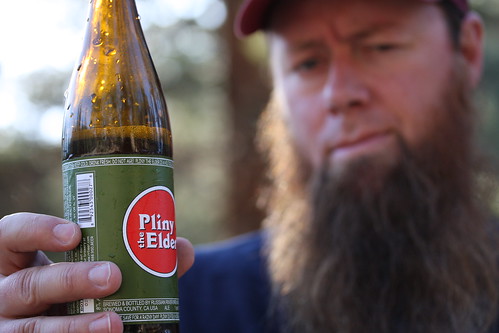 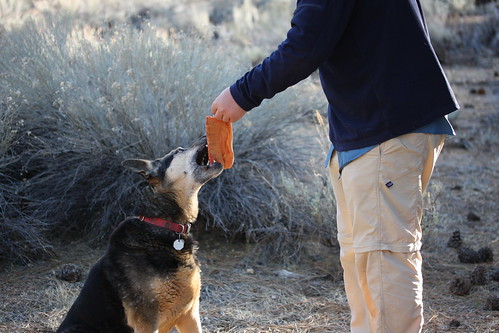 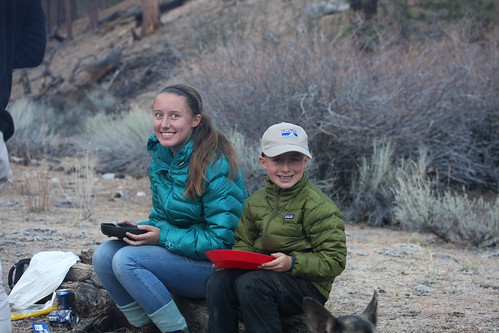 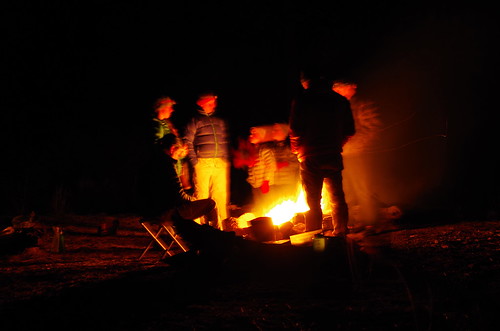 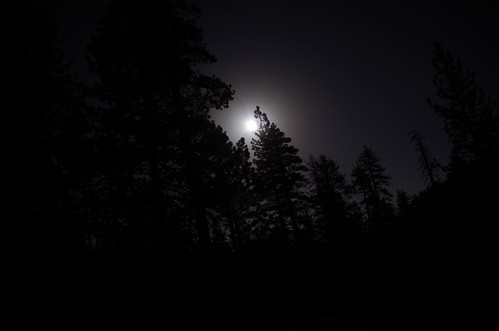 Temps were projected to drop into the high 30s … but by the time the kids had said their goodnights and bundled into their bags, things were well into the 20s. It was a tad cooler than we’d expected, and accordingly the uber-hund rotated between three or four beds she’d dug for herself around camp over the course of the evening, poking her head into the tent every hour or so to take a quick count and make sure her posse was secure. Such a sweet girl. 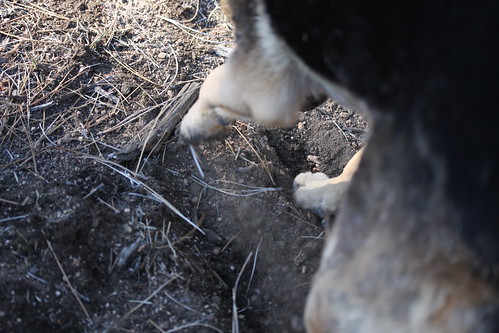 Another outstanding trek into the Chumash Wilderness, and our first of five on the calendar for 2014. Truth be told, I’d go 50 times this year if I could manage it. 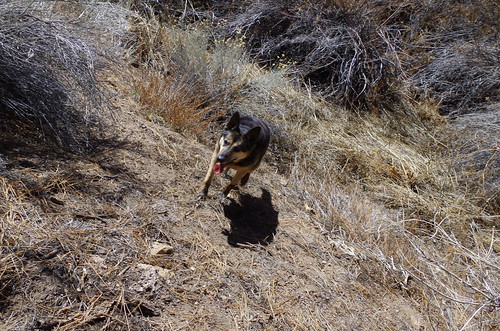 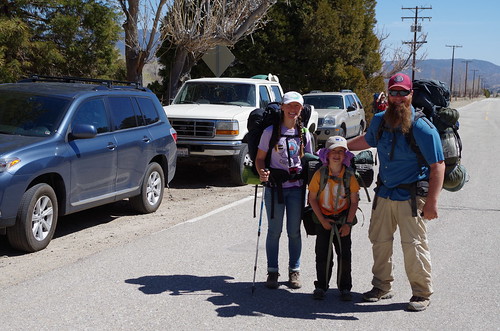