Station to Station No. 4: Refugio

“There is no refuge from memory …”

On a breezy Sunday in February 2012, I headed up Refugio Canyon to meet with Jim Brown, elder statesmen at the Circle Bar B, and one of the true “old-timers” of the Los Padres.

My visit had been prompted by an accidental discovery late one night during casual review of the 1942 Los Olivos 15′ quad that had recently come into the dungeons. Sure, I’m one given to micro-detail and fine-toothed combs, etc., but something I’d not seen on any other maps piqued my curiosity. 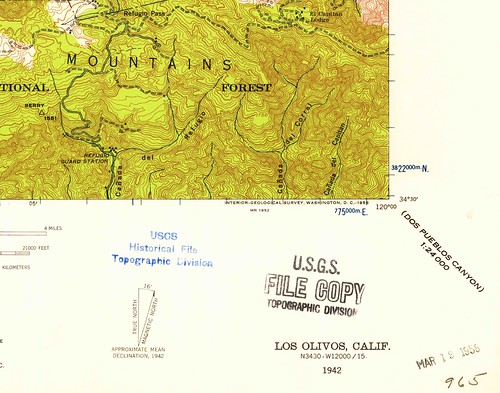 Refugio Guard Station? A quick check of various other maps, spreadsheets, and the like yielded no other intel. I compared its location with the inholdings as prescribed at the Santa Barbara County Assessor’s office (those folks are exceeding polite, and with fantastic phone manners, I might add) and confirmed the Guard Station was on Brown family property. An email, a phone call, and the kind folks at Circle Bar B invited me up for a chat. Encouraged with the prospects of banana slugs later that afternoon along the Tequepis Trail, the little man joined me for some historical recon. 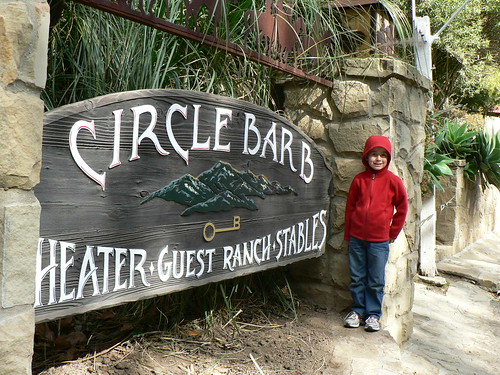 I met Mr. Brown in the main room of the lodge, and over coffee he regaled tales of hearing the shelling of Ellwood Beach one evening in February of ’42 and of the buzz of military activity during the war. The Refugio Fire of 1955, stories of pagan bongo circles atop West Camino Cielo, what it meant to live in “Reagan Country” when the Secret Service came up-canyon … the man was sharp.

Details about the Refugio Guard Station were few, but he distinctly recalled a man named Jack who was stationed — for a short time Jack’s bride and young child camped there as well — in a canvas tent set atop a wood platform. This tent was set in a clearing along a curve in the road just down from the Circle Bar B proper. Spotters from the Santa Ynez Peak lookout kept a keen eye out for enemy aircraft (a “Lookout!” for that is pending), and Jack’s role was ostensibly to enforce the closing of the Forest to those who might attempt to access via Refugio Pass.

Mr. Brown only recalls the station being there for one summer, and posits that the increasing Army presence in the area eventually made this “guard tent” a moot point. I’ll post any additional details I happen to uncover re: this short-lived station as it comes in.