Station to Station No. 2: Happy Hollow

“In hollow halls beneath the fells …”

There was once a happy hollow. But the story of the station atop Little Pine Mountain isn’t as happy as the name implies. It neither enjoyed the near-mythic status of Madulce nor did it see out the Twentieth Century as have Santa Cruz, Bluff, Thorn Meadow, or South Fork Stations. 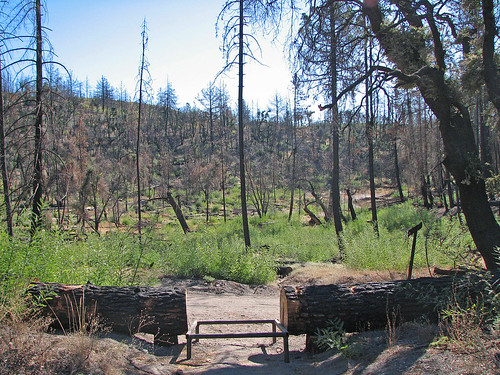 Happy Hollow was a CCC project, constructed during the push that saw the Camuesa and Buckhorn Roads connect the Santa Ynez and the Cuyama. During its construction (it was also known as Little Pine station), the stations at Bluff and Alamar Saddle were also built. (The Camuesa/Buckhorn route is what saw Madulce and Mono-Pendola stations fall into obscurity, as discussed in the first “Station to Station” entry.) 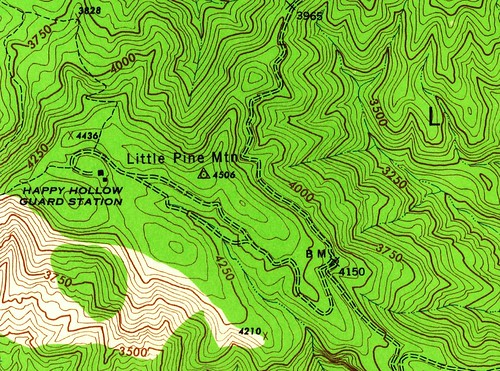 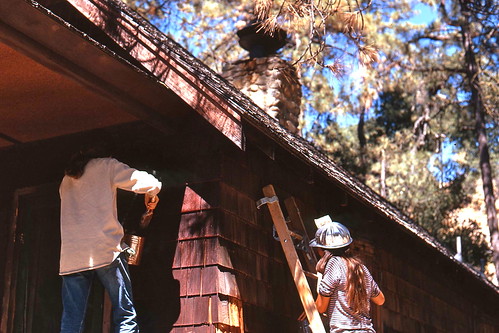 Blakley’s history relates how Alamar Station met its end as a result of bears’ intrusions. This is — to me — an acceptable death for any building man should erect in the forest. Bears have every right. But Happy Hollow was the victim of repeated vandalism by that least noble of creatures, and — despite having been refurbished by a group of Youth Conservation Corps workers only a few years before — was razed by the Forest Service in the mid-1970s.

So much for happy endings. 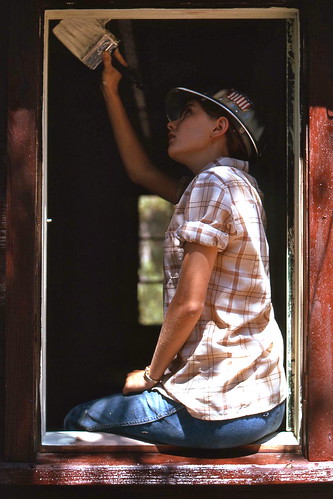 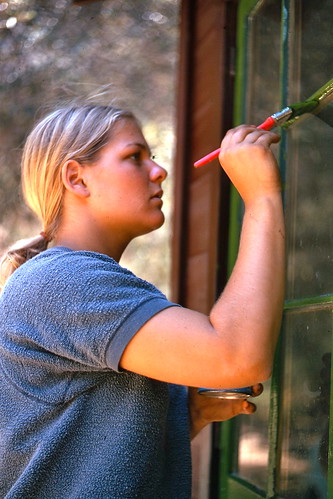