Station to Station No. 1: Madulce

One cannot begin a conversation of southern Los Padres guard stations and not begin with Madulce.

Madulce Cabin wasn’t the most strategically placed. It wasn’t the most frequented. And it wasn’t a prime example of USFS design. But — with all due respect to South Fork Cabin and its fan base — it was first in the hearts of most backcountrymen.

Late last year, ZK and I led some of the pack to the old cabin site for what eventually proved an ill-advised exploratory. 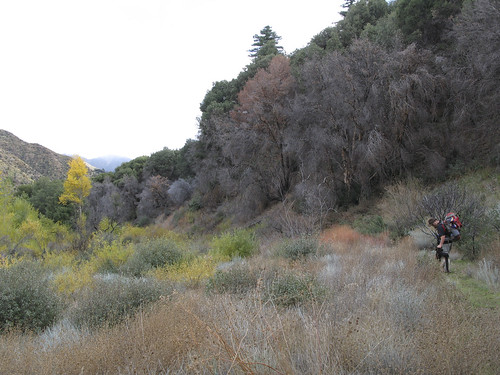 Our late-afternoon approach via Santa Barbara Canyon was fantastic, with some minor sleet and ideal cloud cover keeping things comfortable. Only Heartbreak Hill — a cauldron of boot-sucking mud at this time of year — was cause for the occasional expletive. (I use the term “occasional” to mean every 15 seconds or so.) It was just as we reached the cabin site and set up the tents that it all went to hell; we spent the next 14 hours getting very little sleep as an ice storm rolled in and pinned us down. 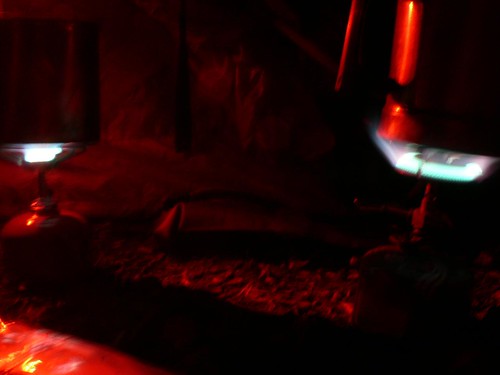 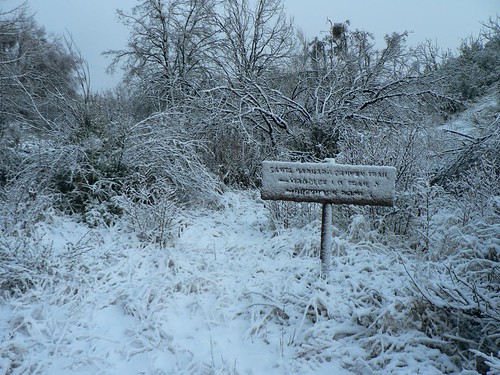 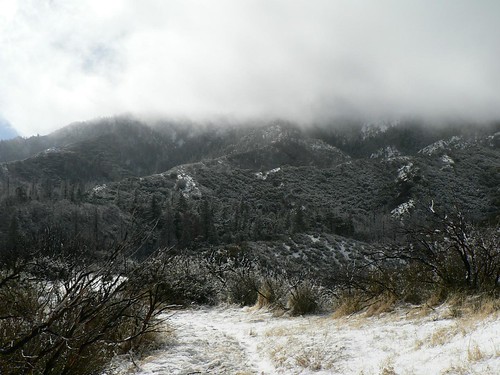 We returned again earlier this year under better weather, but were left with little insight as to what once was. 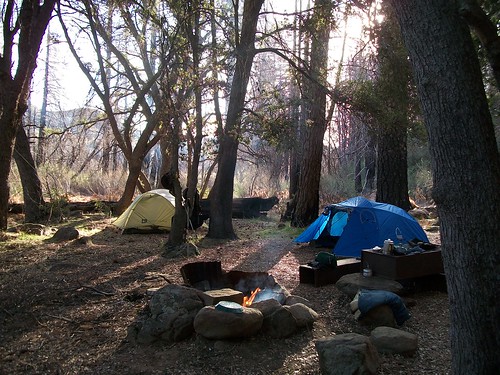 This much we knew: originally the site of a hunting cabin from the 1880s, the best-known incarnation of the cabin was built in 1929. Its placement beside Pine Creek — near the junctions of four major backcountry routes — gave it an ideal position, and the station was used by the Forest Service as a guard station. But with the construction of the Buckhorn and Camuesa Roads by the CCC in the 1930s, the Mono-Alamar trail was no longer a main route for traversing the forest, and Madulce Station (along with Mono-Pendola Station) eventually fell into disuse in the 1940s.

In the 1970s efforts by the Forest Service and local volunteers led to the revival of the station, and in 1978 it was awarded a place on the US National Register of Historic Places. Subsequent upkeep by volunteers made it a popular place for backpackers, and the single-story wood structure — complete with an old woodstove, some furniture and a small kitchen — was also often used by USFS personnel and work crews. Some of its contents (most notably the stove) can still be found around the lower camp.

That’s all well and good on paper (or screen), but we wanted more. 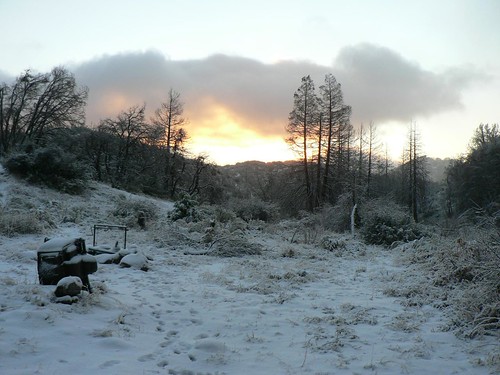 A bit disappointed in what were able to learn of Madulce, we moved on, dutifully exploring other corners of the Los Padres all year.

But then something happened the Ring did not intend …

Late last summer, the Los Padres Expatriate shared with us an almost heartbreaking retrospective of Madulce Cabin featuring photos from a trip he took in the early 1980s.

Until these photos were made available, many of us who’d never had the opportunity to visit Madulce in its prime had little clue as to what the area looked like before its unfortunate loss to fire in 1999. The grainy grayscale image gracing the cover of Blakley’s 1984 historical overview was about as close as we’d gotten.

This was the Madulce Cabin in its final glory; those last handful of years after its remodel and as it basked in the light of being made a Historical Landmark. But those photos led me to wonder … what had it looked like before the refurbish? Further, they led me to wonder who’d headed up the refurb efforts, what became of the backcountry soul who’d accidentally lit it afire, and were there in fact any other substantial historical records I could unearth?

Expat, this is all your fault.

So I got in touch with the Forest Service and was subjected to a surprisingly pleasant and red tape-free process, by which a few days later I found myself rifling through thousands upon thousands of fairly unorganized by well-kept and well-protected slides and photos of the Forest from years past. There were a few notable images of the cabin — some taken by Dick Smith, others by USFS personnnel including W Maule — but not as many as I’d hoped.

So I then engaged Robert A. Burtness — he of the old Mission Council camp guides fame — and lo and behold it was the Mother Lode. Enjoy the following images from Mr Burtness taken during the restoration he and other hearty souls undertook; these are all courtesy of his personal collection. 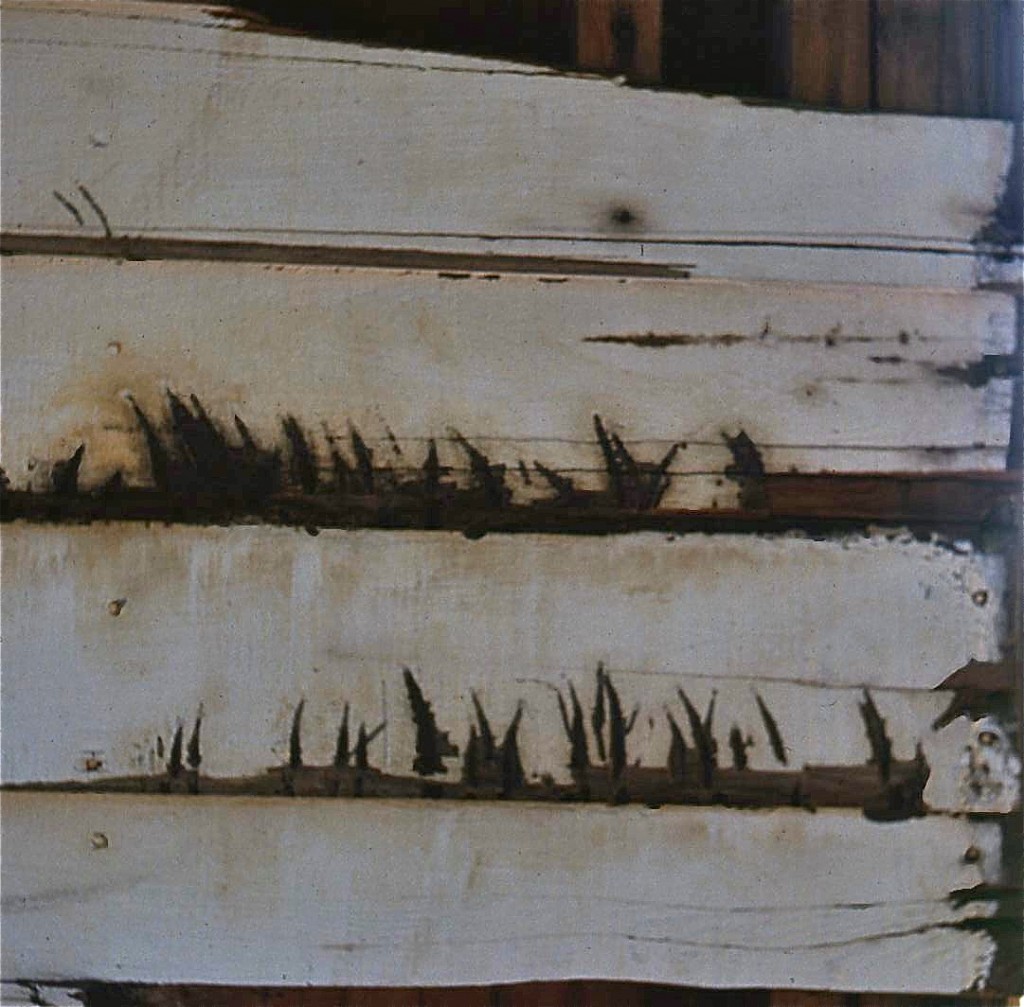 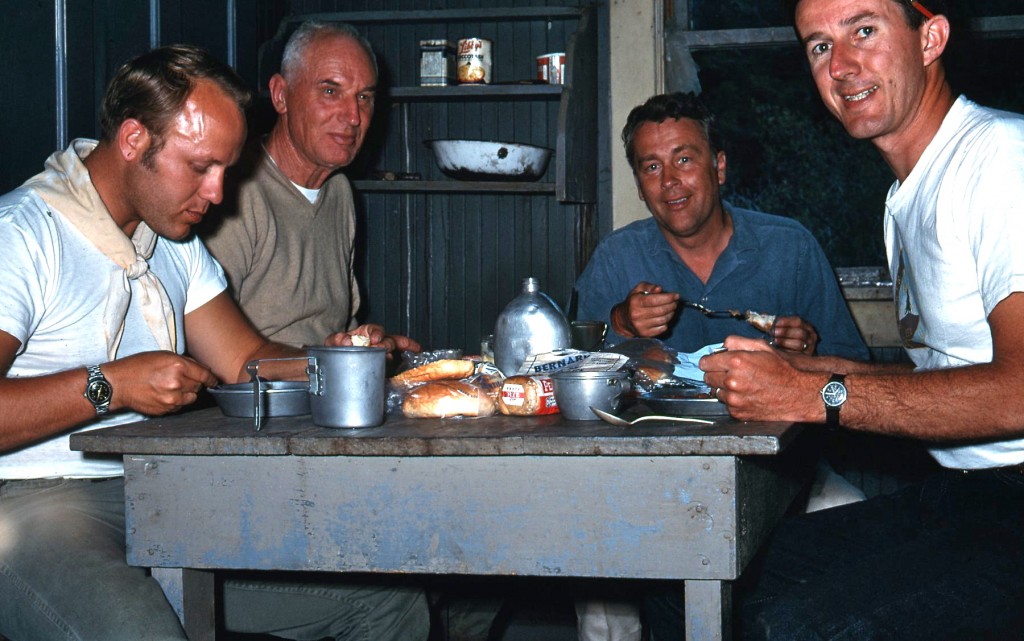 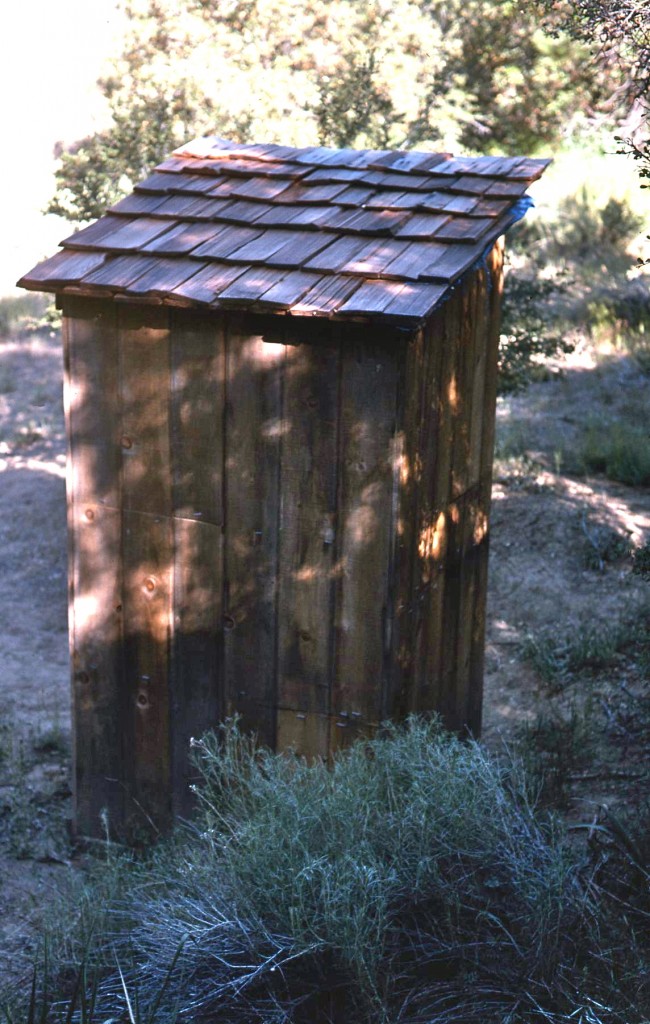 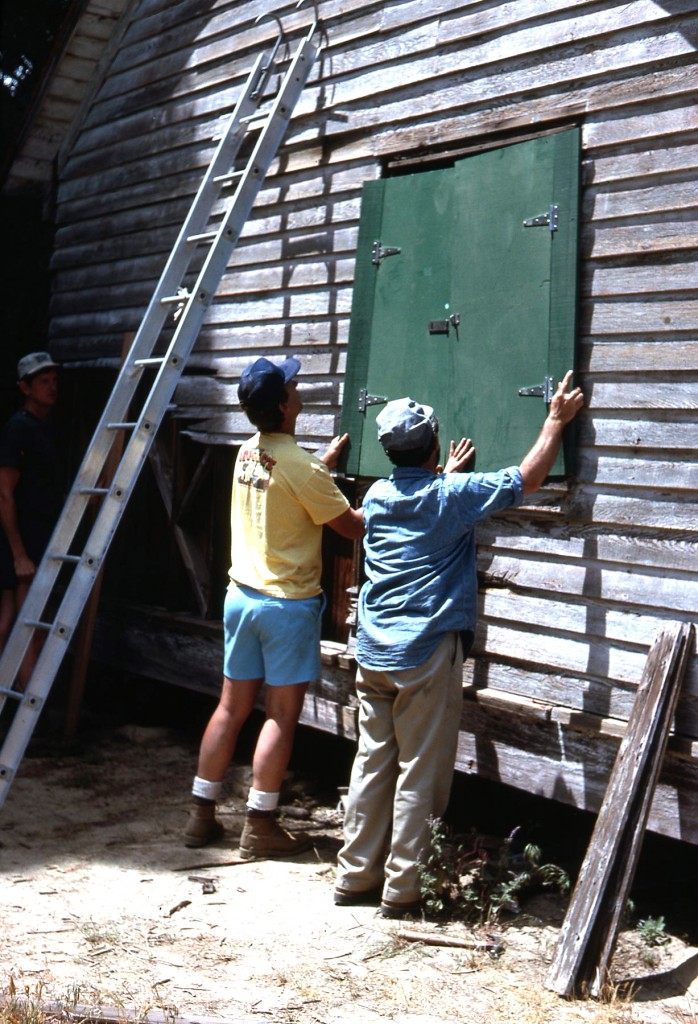 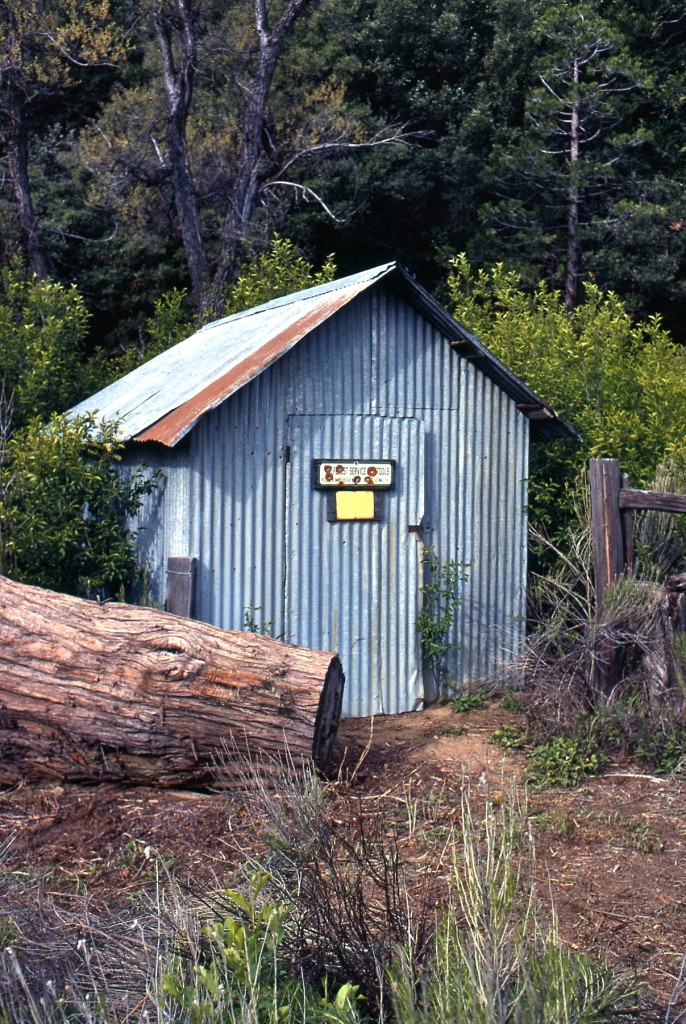 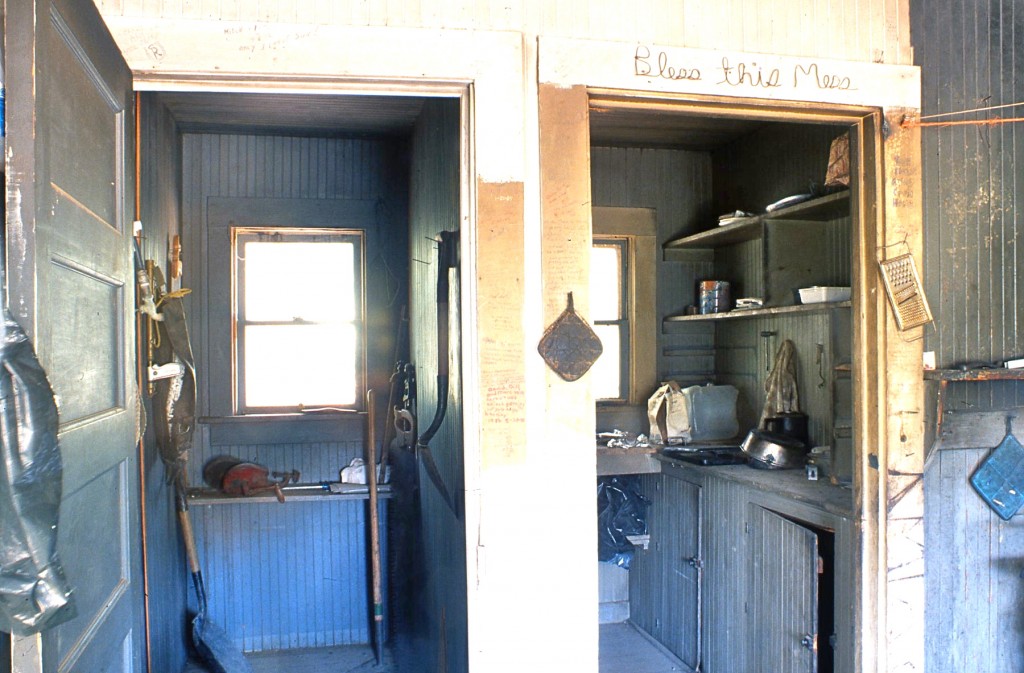 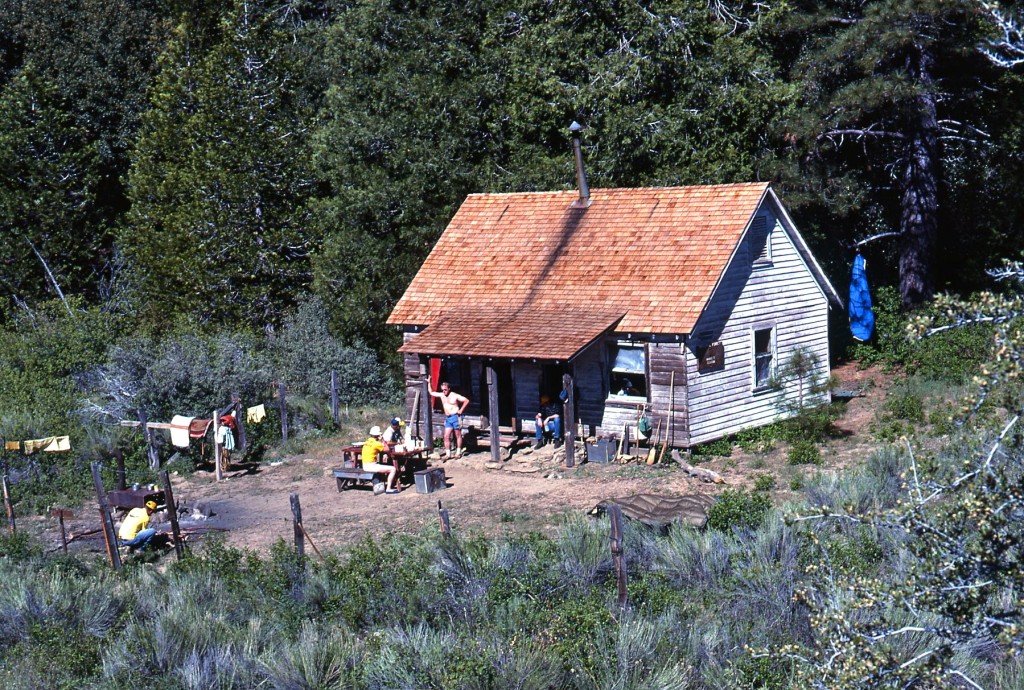 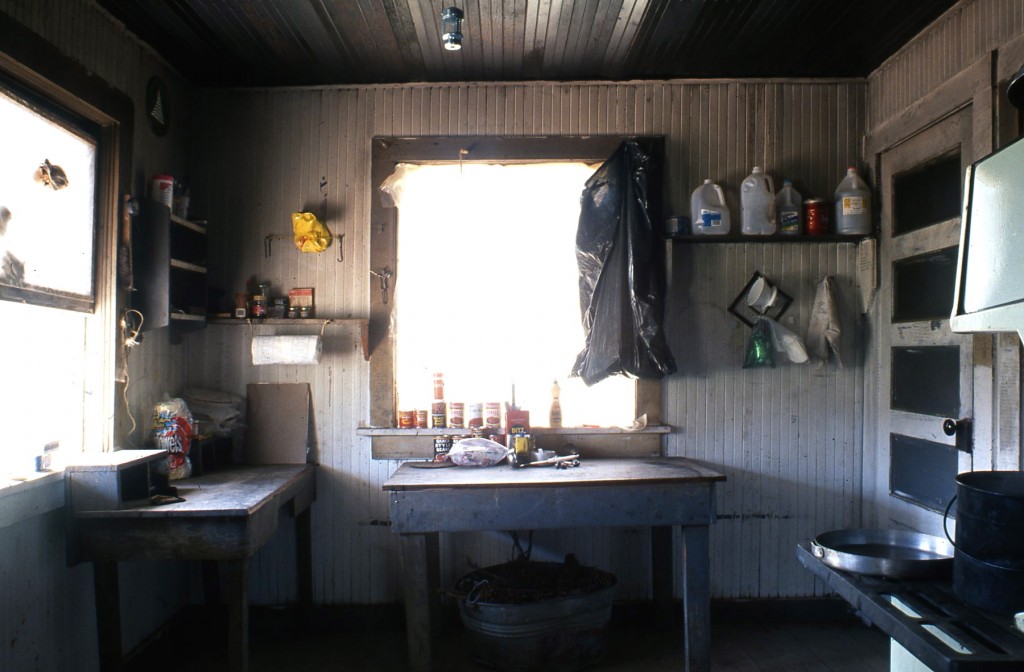 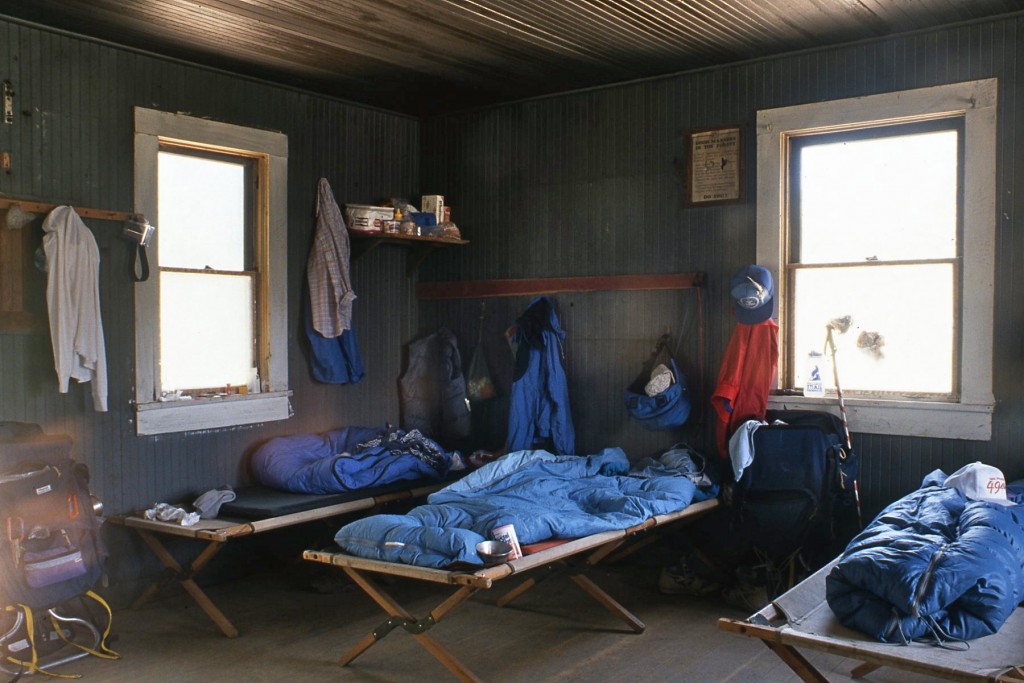 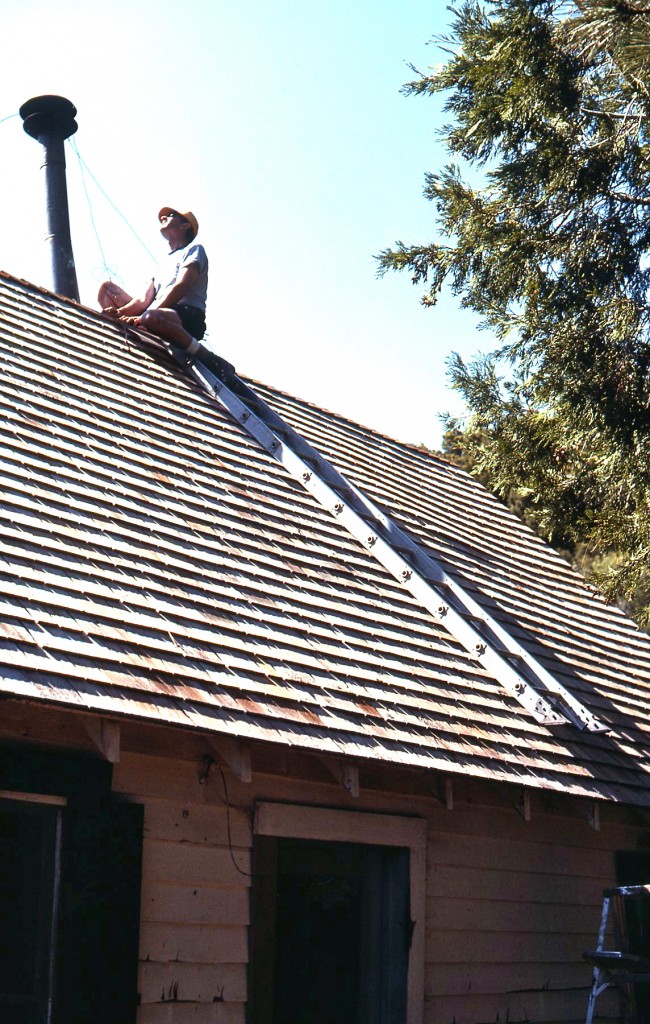 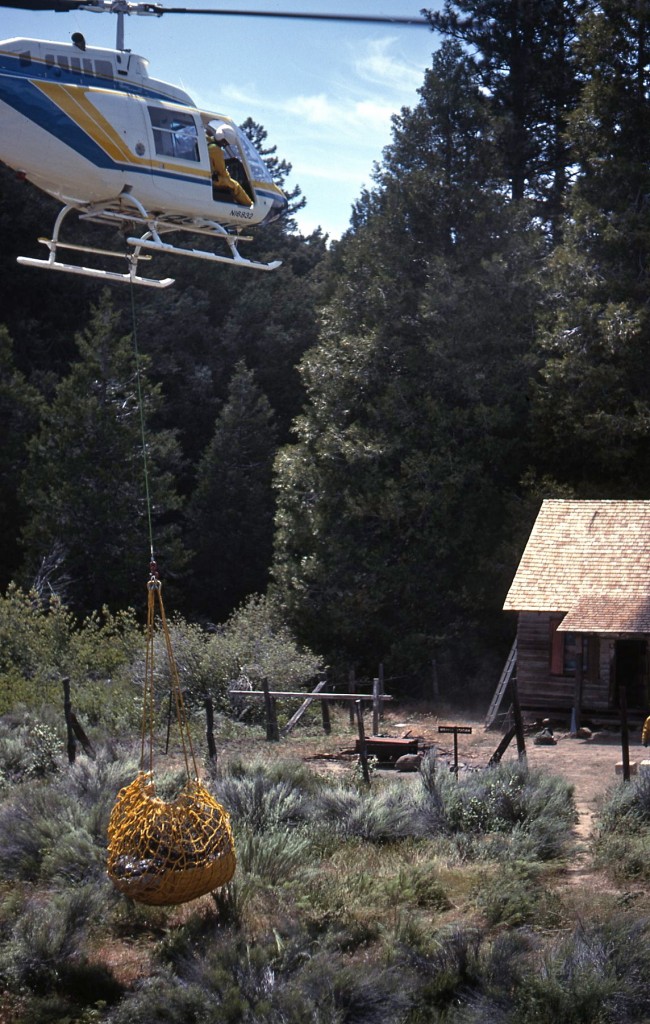 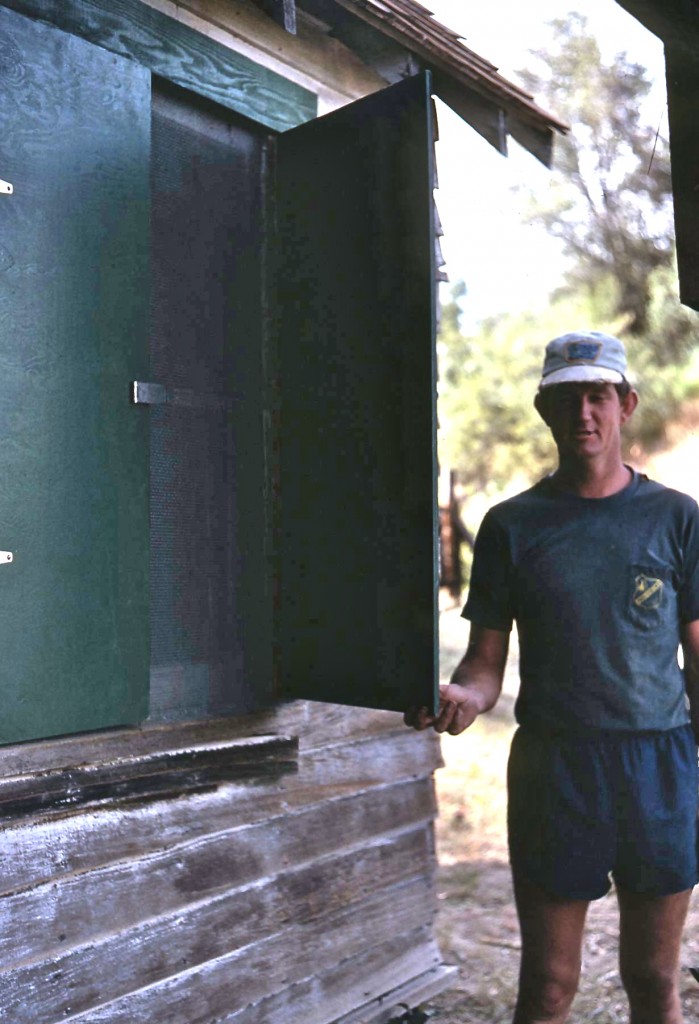 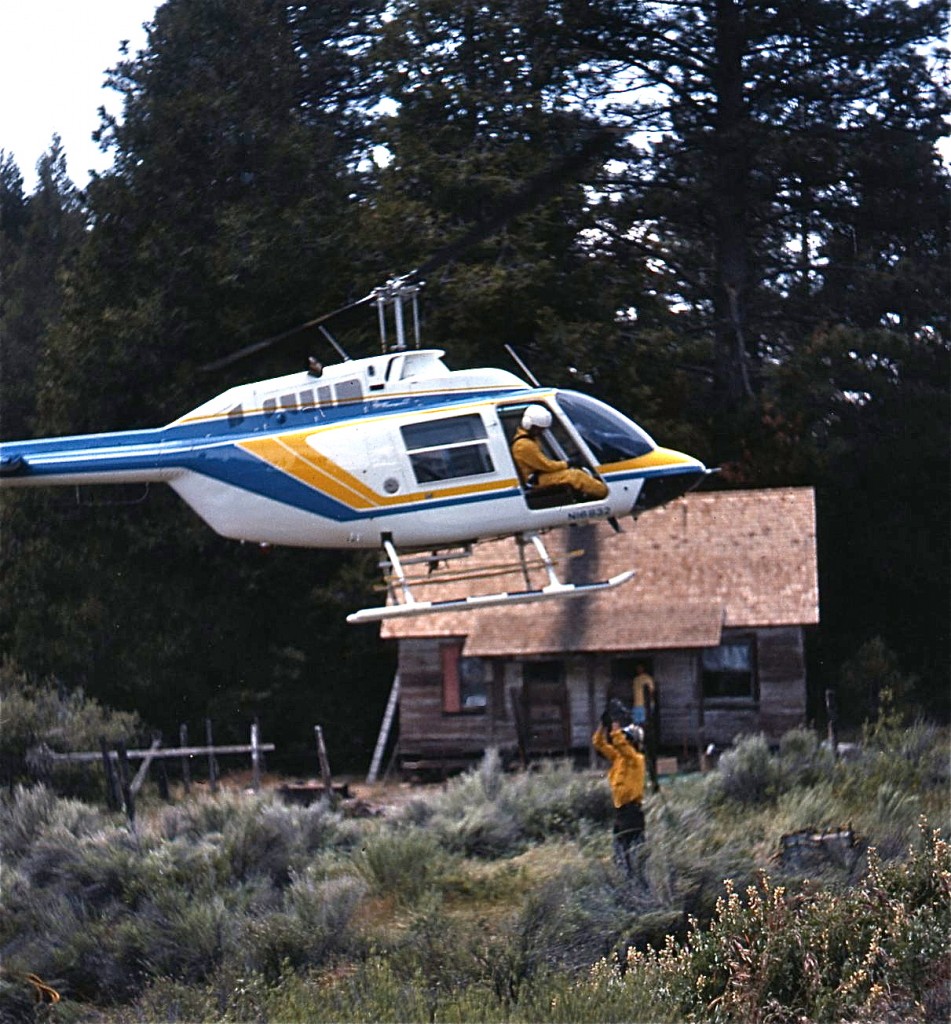 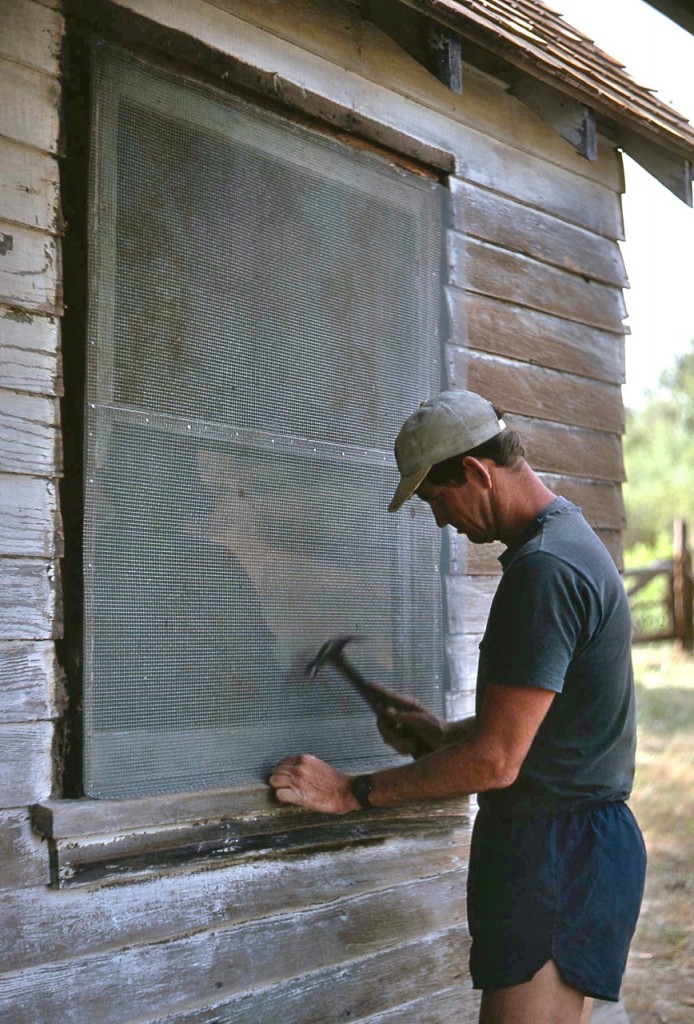 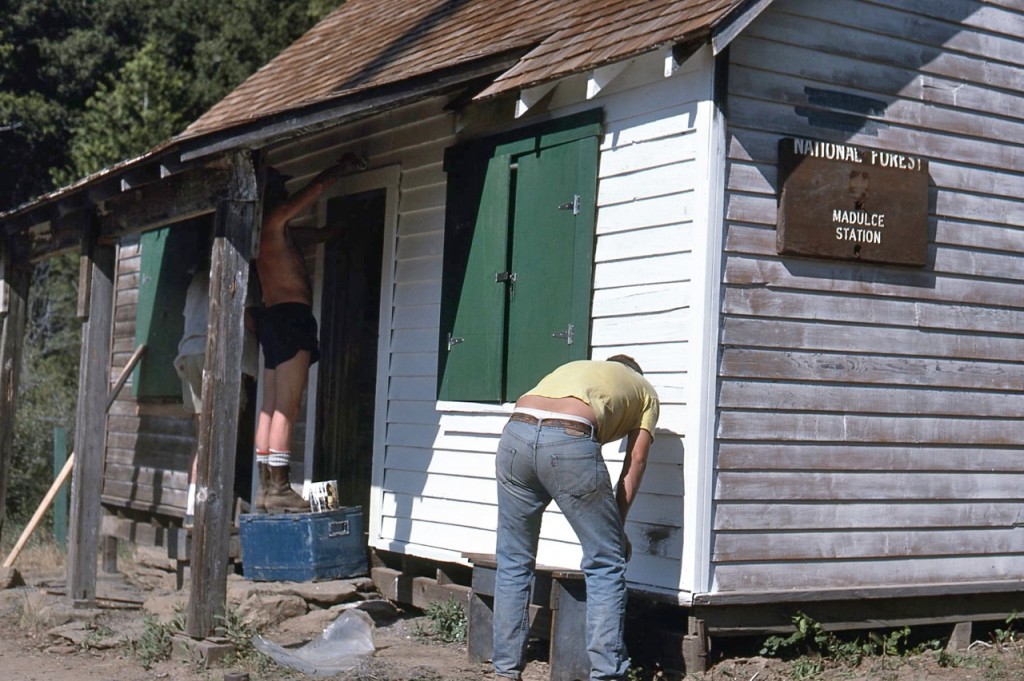 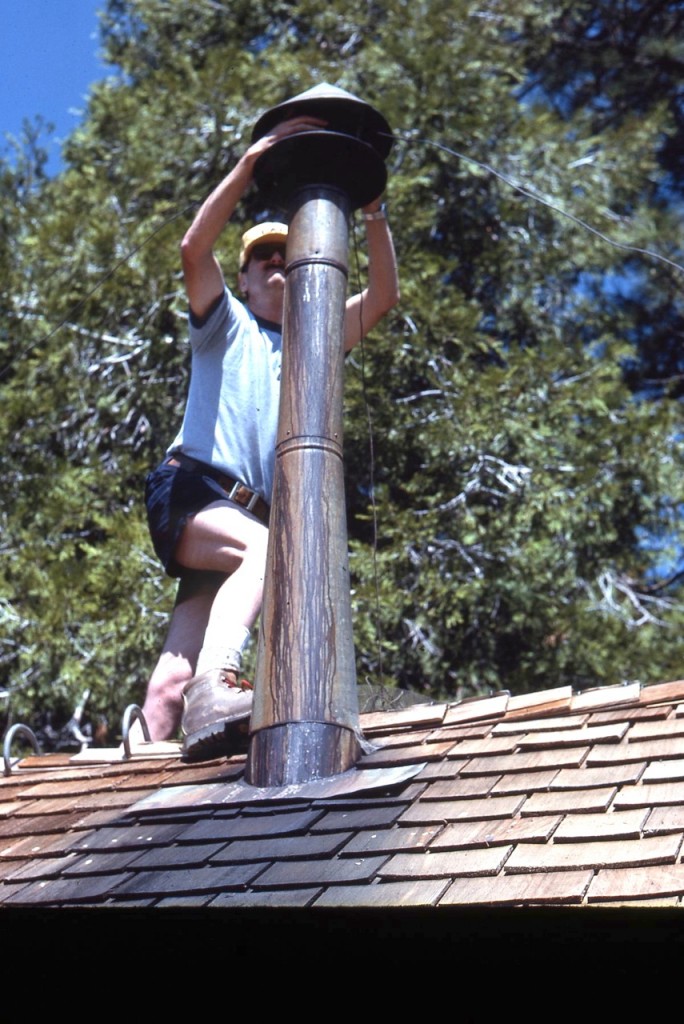 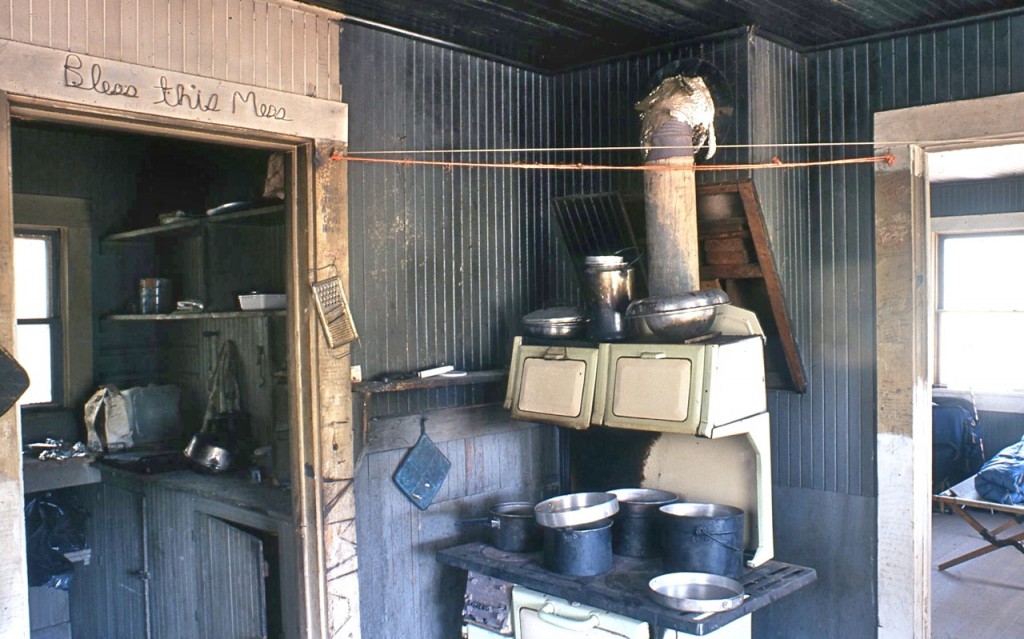 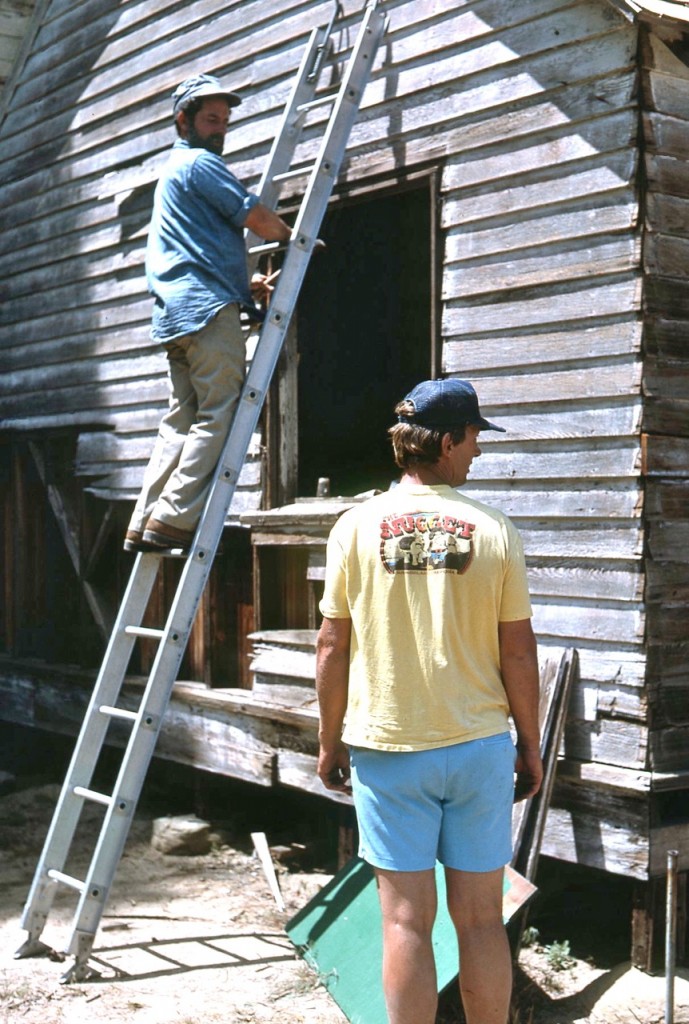 The story continues in Part 2 of Mission: Madulce, where the Expat delivers his missive on Madulce both past and present, and chronicles his long-awaited return.