The Devil is in the Details

Pleased to Meet You, Won’t You Guess My Name?

For a region with far less geothermal activity than Yellowstone and a far lower mean temperature than much of the American southwest, the southern Los Padres — the Sespe Wilderness especially — still has its share of infernal placenames. You might have a devil of a time sorting them if not for the handy (partial) breakdown below.

Devils Heart Peak
Named for the bare, heart-shaped sandstone formation on the peak’s south face, Devils Heart Peak is at the center of the Sespe Condor Sanctuary and a point now only (legally) stood upon by researchers and those in the employ of a handful of government agencies.

And this is really the area where one hits the mother lode of Satan’s toponomy. The 7.5′ quad that covers this area (Devils Heart Peak, naturalement), is loaded with these. So in a ~22 x 27-inch sheet we’ve got … what, at least half a dozen nods to the underworld? Isn’t it enough San Rafael Peak tops out at 6,666 feet?

Often confused with the Devil’s Gateway to the northeast on the same quad, Devil’s Gate is a narrow rock-lined canyon along the Sespe (near the edge of the Forest boundary). 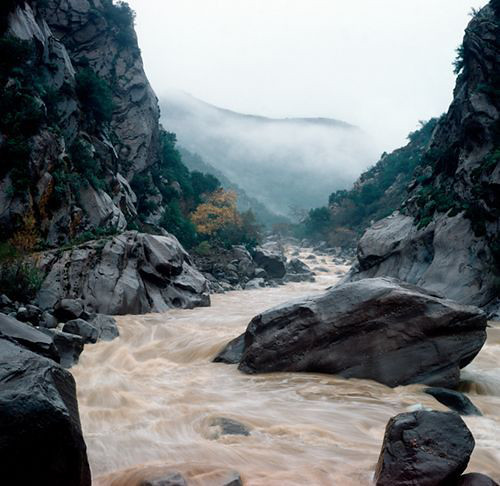 Devil’s Gateway
Often confused with the Devil’s Gate to the southwest on the same quad, Devil’s Gateway is a narrow formation along Agua Blanca Creek in the eastern Sespe Wilderness. 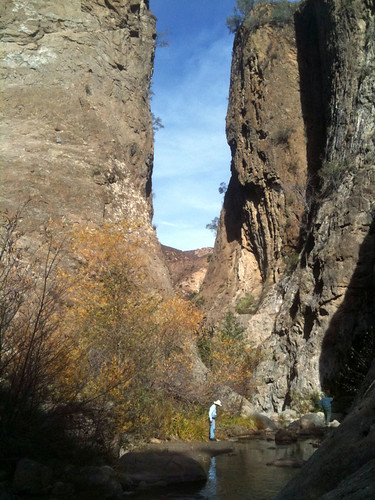 Meanwhile, back outside the Sespe, we’ve got the Devil’s Slide, Diablo Canyon (which reaches Agua Caliente Canyon just upstream from the debris dam), Devil’s Playground … this list goes on and on. Given the summer heat and fairly merciless chaparral, a likening to hell is understandable, but still something of a stretch.

Hell’s Half-Acre
But then there’s Hell’s Half-Acre. Who the … um, “hell” … named this, Nanook of the North? The similarly-named spot in Wyoming I get. Something along the San Emigdio badlands, sure. Anything in the Caliente Range I would totally understand. But this? 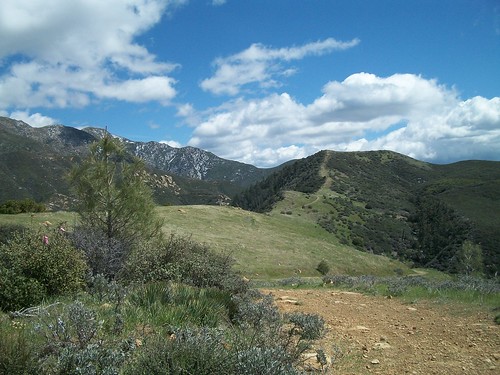 Along the old McKinley Fire Road in the upper Santa Barbara Ranger District, Hell’s Half-Acre provides fantastic views of the Santa Ynez Mountains and the Sierra Madres, and is nowhere nearly as intimidating as it sounds. This is more Julie Andrews-spinning-and-dancing-along-the-ridgeline terrain. Even in the summer — though hot — it’s a pretty sweet spot. In the spring, it’s closer to Valhalla.

So this begs the question … what spots out there actually deserve an archfiendish moniker?

7 Responses to The Devil is in the Details