Eighth in a Series

The easiest of lookouts to access in the southern Los Padres, La Cumbre Peak is also one of the most unique. 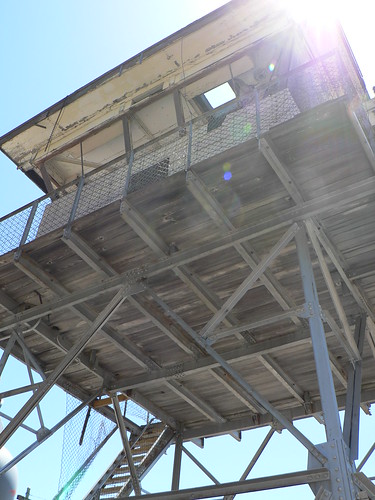 Originally built in 1923 but replaced in 1945 with an innovative and experimental model which included sloped windows reminiscent of an airport control tower, the cab is the only example of the “BC-1001” design. It is supported by a standard K-brace tower.

It was considered quite expensive for its time, costing $6,500 – few other such ambitious lookouts were subsequently built, as budgets and the CCC’s scope both diminished significantly in the post-war years. 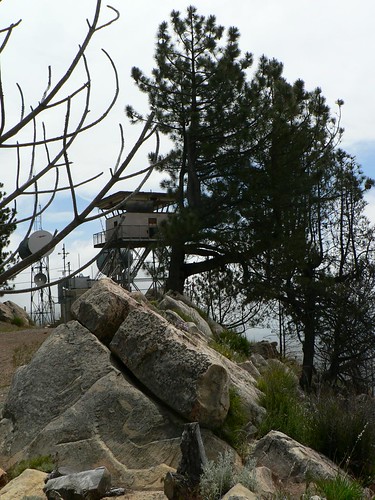 Now the lookout — shuttered in 1982 — is surrounded by a chain-link fence, CCTV cameras, and the lower 10 feet of the old steel ladders have been cut to discourage trespassers. Just behind the old lookout are the satellite transmitter arrays (constructed in 1962 and subsequently operated by Cox Cable under a Special Use Permit). To the immediate southeast of the tower and arrays along the orange boulders is the actual peak. 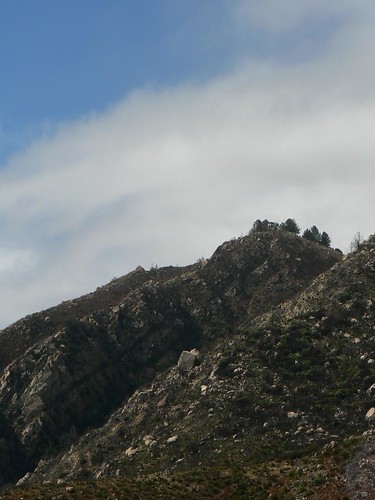 More information about the lookout can be found here and here.

One Response to Lookout! No. 8: La Cumbre Peak