The Los Padres Expatriate Hiker recently (to borrow from O’Shea) went to the shelf and dusted off the Kodachromes. The result is an amazing set of images of the old Madulce Cabin in its absolute prime.

If you’ve been to the Madulce site in the past few years post-Zaca, it’s still a fine spot, but a vestige of its former self … singed and besieged by burnt and failing trees all around. In that window between the burning of Madulce Cabin (1999) and the Zaca Fire (2007), perhaps at least a population of healthy trees provided some solace to those who’d been fortunate enough to know the cabin. Unfortunately, I cannot count myself among that company. 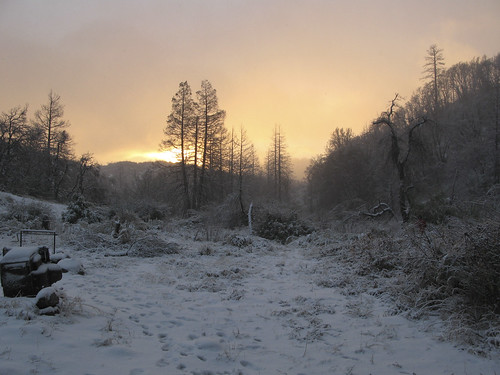 The Expat’s set bears it out: you never know what you’ve lost until somebody is kind enough to pull proof from the archives.