Fifth in a Series 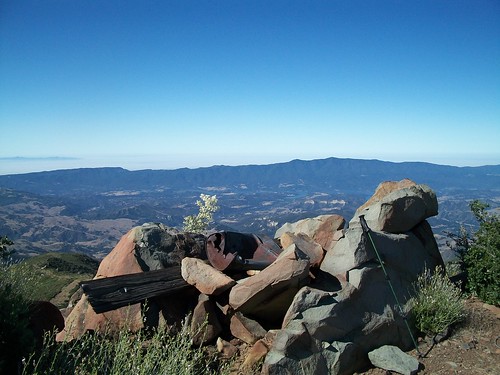 At the edge of the San Rafael Wilderness, where the “good” road effectively ends at McKinley Saddle (the western Mission Pine trailhead), there’s a relatively steep half-mile use trail heading west up McKinley Mountain. (The mountain, by the way, was named for President McKinley, who set aside the Pine Mountain and Zaca Lake Reserve at the close of the Nineteenth Century … these lands in subsequent decades were the core upon which the Santa Barbara National Forest — later the Los Padres — was founded.)

Atop a sandstone-encircled clearing east of the “official” peak there once stood an Aircraft Warning Service (AWS) station akin to those still (barely) standing at Cuyama Peak and Thorn Point. 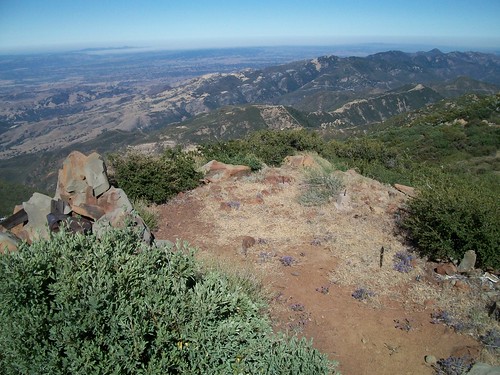 Records indicate the cabin was built in 1935, which leads me to believe spotting aircraft wasn’t its first assignment. The shack was removed by the Forest Service in 1974 following the station’s destruction by high winds.

Your counter-clockwise tour of this fine vantage point: