In late April of this year, I received an email from the Ojai RD that a small crew was being assembled to slay some downed trees along the Alder Creek Trail in the Sespe Wilderness. It was admittedly a long-shot for most of the prospective volunteers … a three-day mid-week sojourn via Dough Flat, that trailhead I last visited during last fall’s ill-fated and aborted Agua Blanca survey. 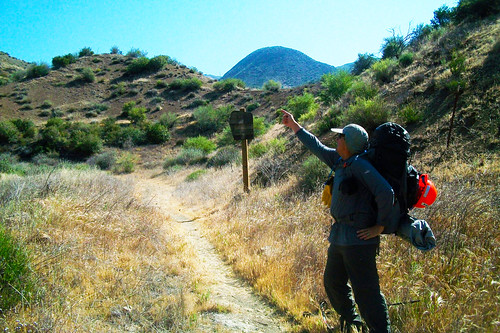 It was as good a crew as one could ask: VWR and mountain bike legend Mickey McTigue, Ranger Heidi, Bardlero Primero (Patron Saint of the 20W15 and, somehow, first-time backpacker), and myself. We met early on a Thursday morning at the Ojai station, went through the requisite safety briefs, loaded the stakebed, and were off.

The hike in from Dough was akin to summers in the Sierra. A tad muggy, mid-60s and storm clouds a’brewing: great conditions. There was a slight chance of storms forecast, and the prospect of some precip was a welcome one: it’s miserably dry out there right now. Squaw Flat was bone dry, but the well-known grapevines that grow along the banks are thriving (as is the poison oak, of course). The camp is in better shape then I’ve ever seen it; apparently the recipient of somebody’s care rather than indifference or (more often) abuse. 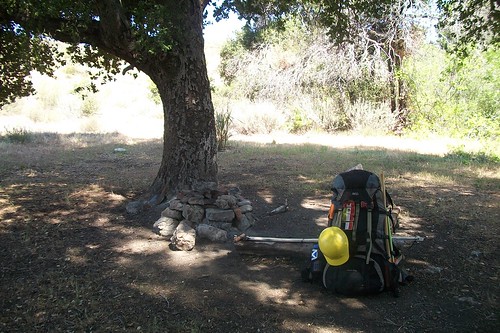 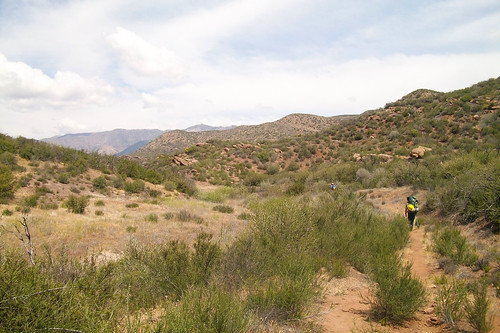 Cow Spring, too, yielded little more than a damp spot in the dirt, and so we enjoyed a brief snack there at the old Klamath stove, the likes of which are becoming fewer and fewer in our venerable forest (McPherson and Mine come to mind, but only just). Soon enough Bardlero and I were having a bit too much fun (re-)recovering many of the EM-series monuments as I am often wont to do; in the winter of 2012 I spent a fair amount of time recovering some of the series down the Bucksnort route toward Ant. 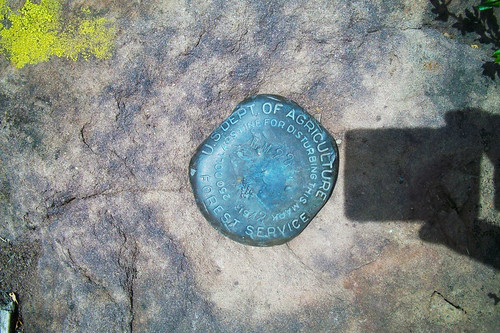 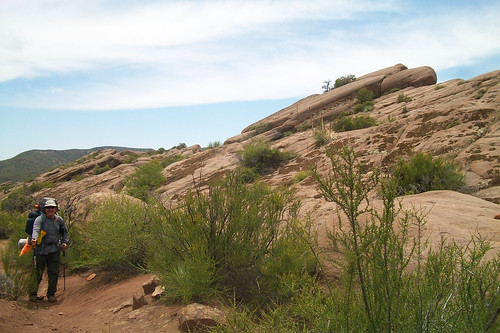 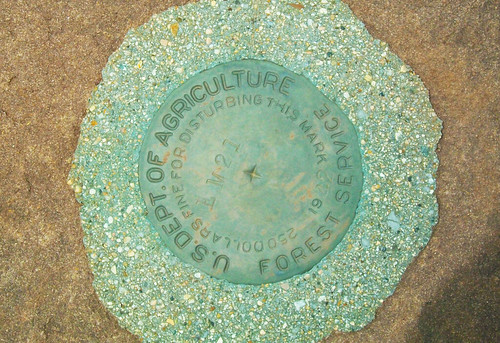 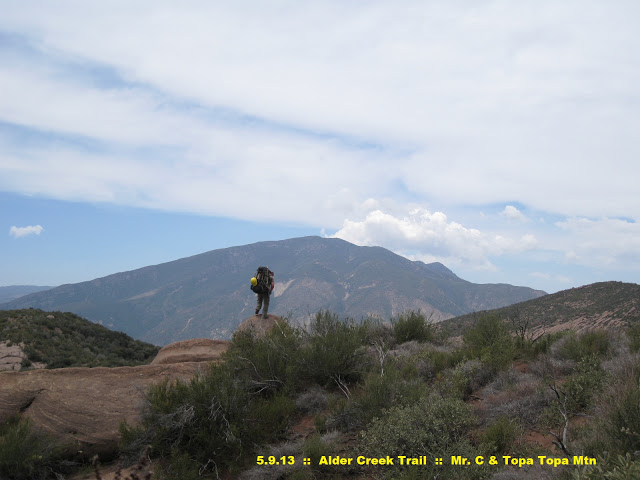 Recovering monuments and boring somebody with a history lesson; images courtesy and (c) Bardlero Primero

The descent toward Dripping Springs yielded a mucky few pools and a hedge of poison oak; the gloom I usually associate with lack of water was mitigated somewhat by some really vibrant yellow mariposa lilies. 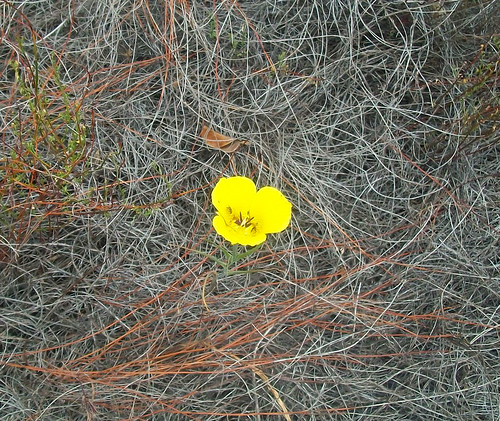 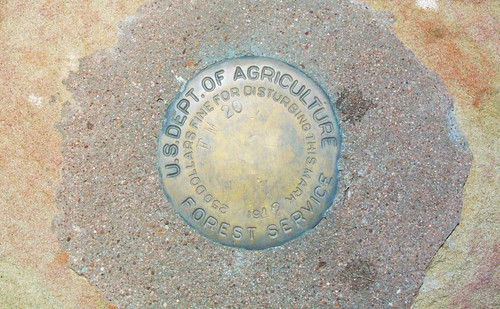 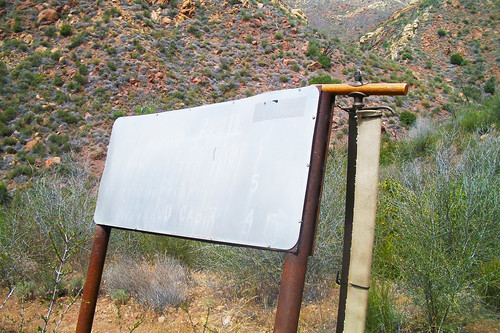 Down in the creekbed of the East Fork, again we found no water. Hmph. But behold! Upon reaching the confluence of the east and main forks, it was like somebody at the McDonald Mountain Water Dept. had cranked open the spigot. A lovely sound (and sight) to behold. 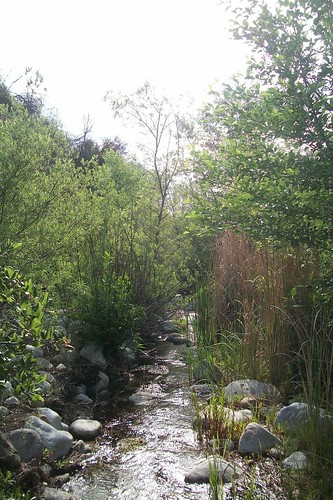 We rejoined Ranger Heidi and Mickey at camp, and after some mid-afternoon siestas, headed out toward Shady for the first bit of why we’d made this trip. It was clobbering time! 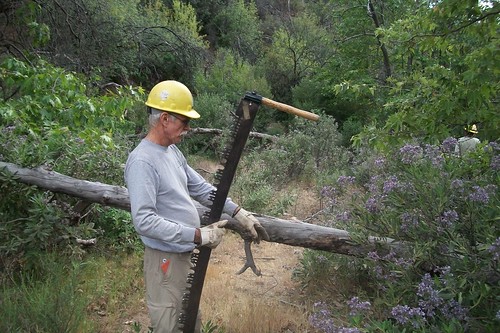 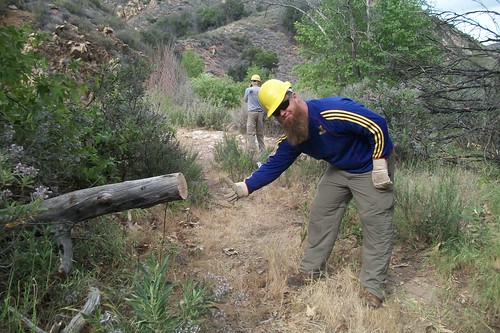 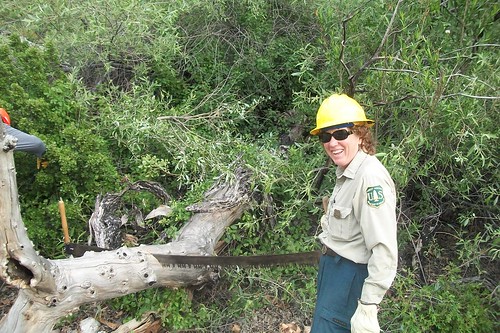 We worked a few hours, made plans for the next day’s attack, and then returned to camp for an evening beside the campfire which largely consisted of equal parts tasty eats, good company, and great stories from Mickey. The man has seen pretty much every corner of the Los Padres, and has five or six great tales from each of those corners. We stayed up a bit later than we probably should have, but it was worth it. With the rain looking more and more likely, I erred on the side of dryness and had the tent up for the night’s slumber. 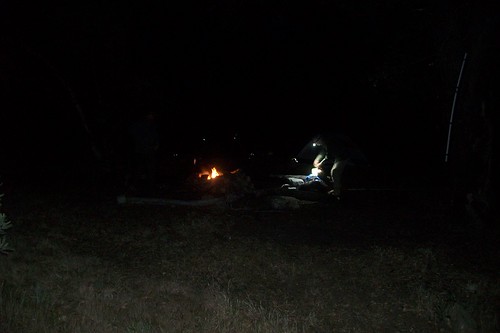 The next day broke considerably warmer. After confirming Bardlero had in fact survived his first night backpacking, it was an early rise and we hit the trail to render the numerous fallen trees and brushed-in stretches back into smooth hikin’ highway. 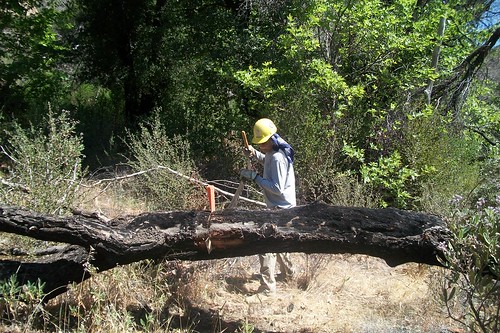 Should I be Half as Cool in 30 Years

After a few hours of sawing in the heat, we took an extended lunch at Shady, enjoying the water and namesake protection from the sun’s wicked rays. 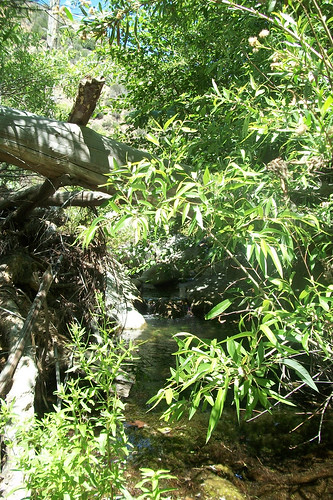 And then we got back to work, tackling the tree the RSO noted some years ago during our visit to Shady shortly after the Day Fire. This was a medium-sized and nasty, knotted and hard oak, but under the masterful tutelage of Mickey, I can happily announce Shady camp is open for business. 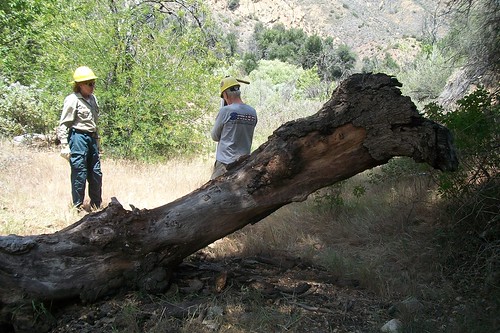 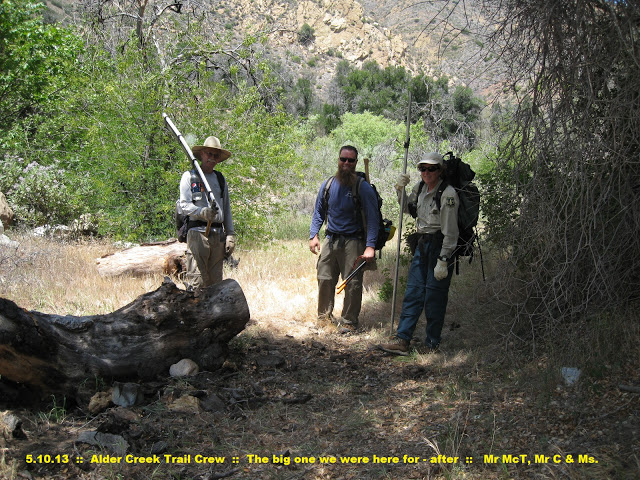 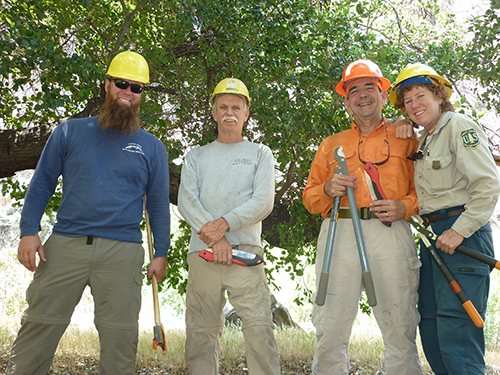 Another fine evening spent around the campfire that would prove my last of the summer (Level 3 restrictions going into effect shortly after this trip), and Bardley and I enjoyed some drams of Laphroaig round the kitchen. Enjoy the new bench there on the western edge. 😉

The temperatures for our third day were projected to be in the 90s, so — pretending at least I’d learnt my lesson the previous summer — I packed everything but my tarp, bag, knife, and headlamp, and set my alarm for 0430. I would be making my departure under cover of night and had every intention of being back to the trucks before the heat got ridiculous. The frogs serenaded us to sleep that night, and when my alarm went off I tucked my remaining gear into my pack, slung the cross-cut over my shoulder, and was off. It was a surreal but supremely comfortable climb out of the Alder Creek drainage singing Monthy Python tunes to myself; first light hit as I was crossing the Stone Corral en route to Cow Spring. 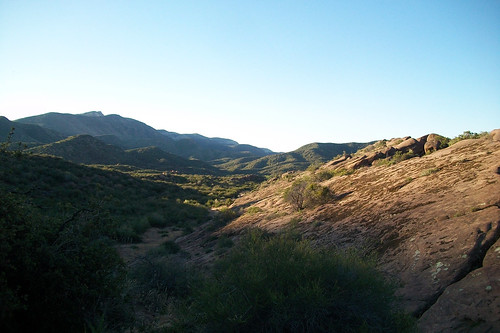 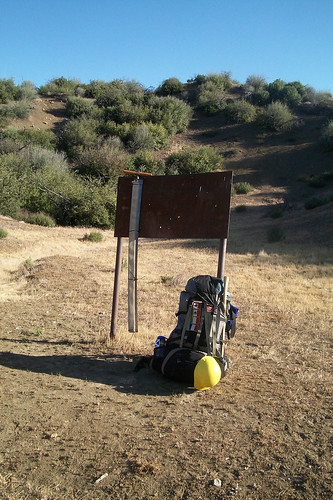 I enjoyed an extended respite and some breakfast at Cow Spring, and then continued on my way, stopping only to take the traditional photo at the Bucksnort Junction and to chat with the few hikers I encountered near the top of the climb from Squaw and further toward the trailhead.

I reached Dough Flat a bit after 0830; the mercury had already reached 81. Lesson learned?

Well, I guess only time will tell.