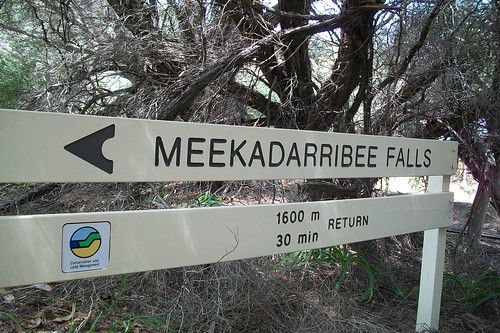 About as easy as it gets.

A few hours before we were due on the lawn of the Leeuwin Estate to witness vows, enjoy canapés on the lawn, and engage in general reveley, K and I headed north of Margaret River for a quick walk along the Meekadarabee Falls Track and a brief exploratory of the Ellensbrook Homestead. (NB: The trailhead sign spells it “Meekadarribee,” but most sources [including Western Australia’s land authorities] go with “Meekadarabee,” and so we shall do the same). 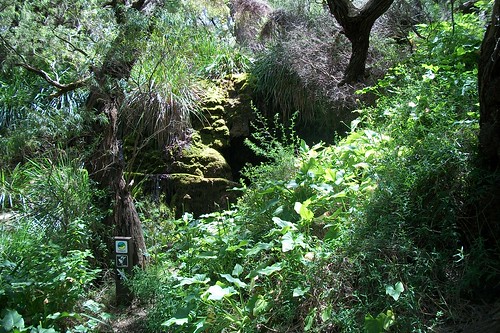 “Meekadarabee” means “bathing place of the moon,” and local Aboriginal legend tells of how star-crossed lovers Mitanne and Nobel hid in the area until Nobel was killed by a hunting party. The girl Mitanne, overcome with grief, soon followed, and the two were reunited amongst the peppermint trees behind the caves. Touching. 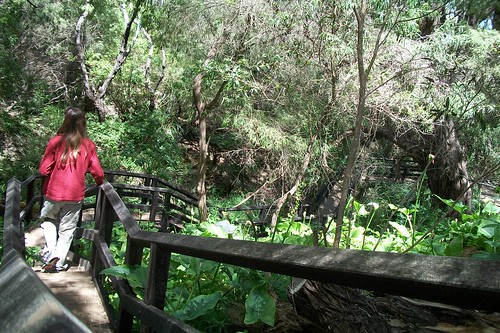 The route effects a “lollipop,” starting and ending on the same track but following a counter-clockwise loop around the falls as its eastern end. Once we recovered from an entire mile of gentle steps, boardwalk, and kookaburra song, we valiantly lifted our spent bodies and trudged to the nearby homestead cottage. 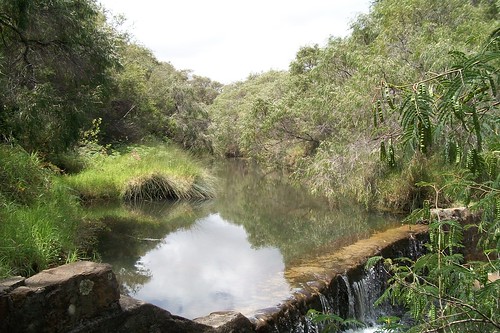 Next up in the 2011 Tour of Laziness: The Thrombolites of Lake Clifton!

One Response to Over Under Sideways Down (2 of 3)