A former Santa Maria District firefighter recently sent a dispatch to the dungeons of maptitude with some great stories and the photo shown below.

“In 1970, I was a rookie fireman stationed at the Pine Canyon Fire Station during the summer (my first fire season of 25). One day in July I think, the station FPT (Fire Prevention Technician) asked the Engine Foreman for some help putting up some signs so I was assigned this task. I cannot remember the trail system we were on but I think we drove up Pine Canyon a ways and we hiked in maybe a couple miles. We put up the new routed signs and took down three porcelain signs. The FPT was going to throw them away and so I asked to keep one, and so I did.

I was married on December 27, 1969 and went to work for the USFS on January 5th on a trail crew. A week later I began ten 10-day hitches in a row. We worked the San Rafael Wilderness on this schedule for three winters. The memories I have of bears entering our camps, hard work, great teamwork, beautiful country and ….the fishing….wow.”

Wow is right. The firefighter in question served in the old Santa Maria, Santa Barbara, and Ojai RDs before transferring to the Willamette NF.

Thanks for sharing, Steve. 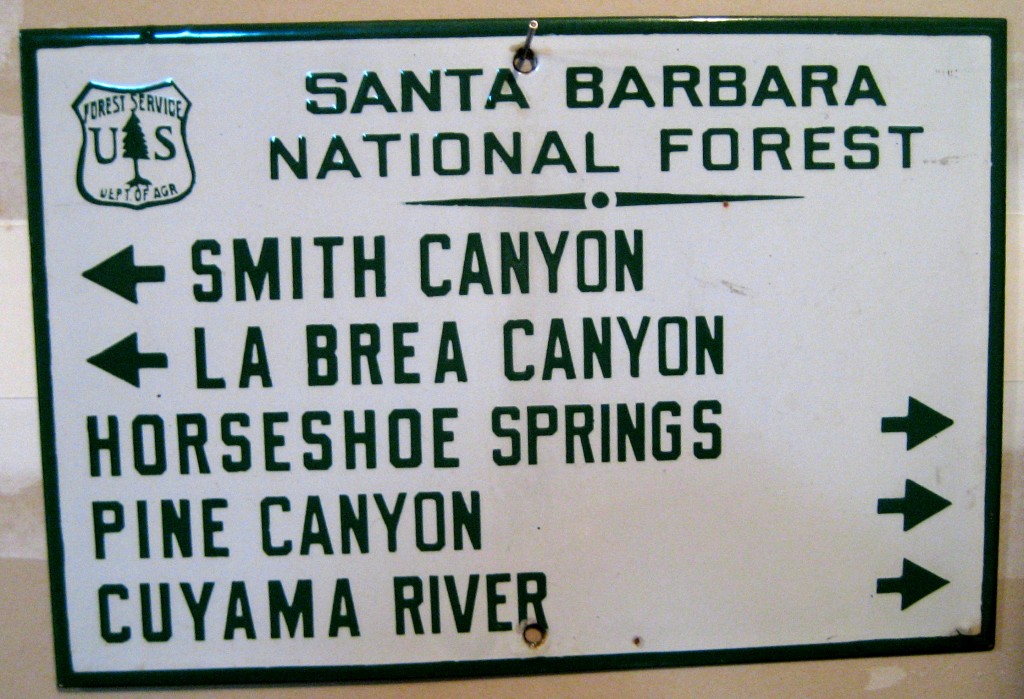